Run to find a Clear Spot

By: Steve
In: Tributes
Tagged: Robyn Hitchcock
With: 0 Comments 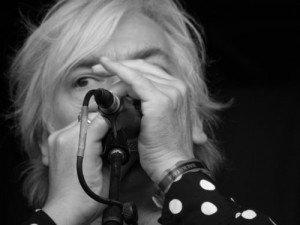 Graham’s already tweeted about this but I thought I’d pull it together into the blog.

Robyn Hitchcock is running round the country with a Captain Beefheart tribute … he’s performing the Clear Spot album in its entirety with his Imaginary Band.

The dates and venues are:

Hitchcock is a great Beefheart fan and you can watch an interview with him on the Wychwood Festival site where he talks about Don and his other influences. He’s already covered a few of Don’s songs in live shows including Clear Spot and Big Eyed Beans – see his entry in our covers section.

The Imaginary Band is Paul Noble and Terry Edwards on guitars and bass, Jenny Adejayan on cello, and Stephen Irvine on drums.

Back in 2000 Terry Edwards released a stonking version of Ice Cream For Crow.

It sounds a fascinating event so if you get to see any of these performances please send us a review.