Robyn Hitchcock is a big Beefheart fan and has already covered some of Don’s songs. See his entry in our Covers section.

For this tribute project he has put together a band to perform the Clear Spot album live in its entirety. 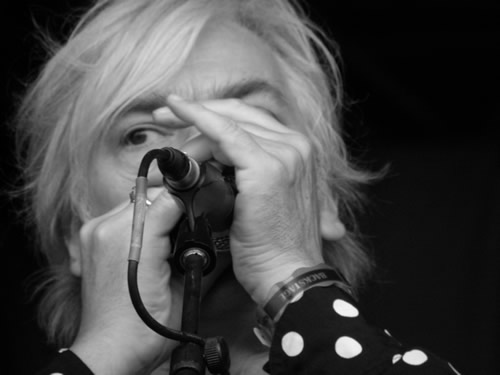 On the Wychwood Festival site he explained:

The most exciting gig I ever saw was Beefheart at
the Colston Hall, Bristol in 1973. He was a big guy and the whole
room vibrated [with] the low frequencies coming from his voice …
he was large and he sort of elbowed the musicians out of his way
and they’d run around. We’re not doing that. What you’re going to
get is me imagining that while I’m playing it with some of my favourite
British musicians.

The attitude of the music was something that I cherish
and I want to carry on as for as long as I can and that means playing
the songs and writing my own stuff informed by that.

It gives me an excuse to play all these songs
I grew up with. I’m not nostalgic … what’s great about it was
that it happened then and it won’t happen again … there wouldn’t
be any Robyn Hitchcock songs if it wasn’t for these songs …

In another interview Robyn was asked “What inspired you to cover that Beefheart album?”

I saw them perform in ’72 and ’73 after “Clear
Spot” came out, and it was the most exciting thing I ever saw.
We’ll be doing the “Clear Spot” album in Britain and maybe
in New York as well. If there is one record of his that people should
all have heard, it’s “Clear Spot.” That’s the record that
I reckon most people would love. It’s a magical piece of music,
and it’s not for nothing that it was called the Magic Band. It just
really takes you away listening to it. There was the potential (in
his music) that you could put anything in a song if you wanted to.
That’s a principle I’ve always felt with my own lyrics, but in terms
of music, I’m much straighter. … The Beefheart influence was very
prevalent on the early Soft Boys albums. His music was incredibly
liberating and fearless. It was brave and there was a lot of sex
in his music. But it wasn’t prurient like Zappa. Beefheart wasn’t
singing about sex in the usual, snickering “Beavis and Butt-head”
way. Instead, it was a celebration of sex on a graphic level. When
I cover “Clear Spot,” it’ll probably end up sounding more
like (Roxy Music’s) Bryan Ferry than Beefheart.

The Imaginary Band were: 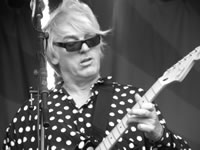 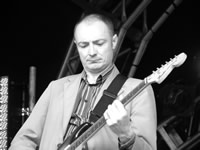 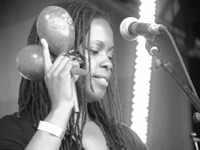 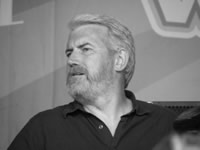 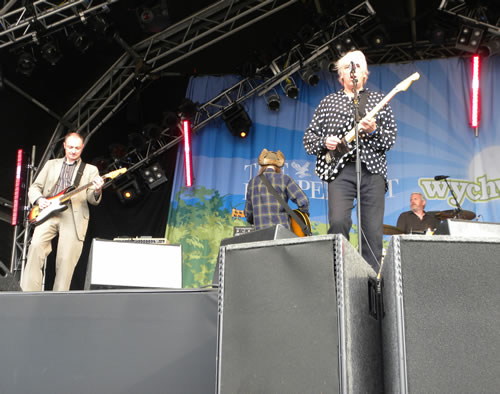 Many Beefheart fans were a bit sceptical when they first heard about Robyn Hitchcock’s plans to perform Clear Spot. But the sheer musicianship, passion and enjoyment of the band seems to have won many people round.

Having heard recordings of the Garage and the Bath shows I can see why. The band play the music with confidence, it sounds great with only a few minor weak points. Sometimes the vocals don’t always work and sadly the ‘lunar note’ doesn’t come off too well. Overall though they do a mighty good job. But one song in particular is a triumph – Circumstances is performed with great aplomb. This is a song that was only played live a few times by the Magic Band themselves because it was so difficult. In his book Bill Harkleroad says “… it was a bitch for some reason – those leaps in it. I remember those stops – that’s what was hard about it, keeping the time together when you’re hyper-nervous on stage”.

One sceptic on the Fire Party mailing list was certainly won over by the performance at The Garage:

I wasn’t really looking forward to it and a friend
actually turned up and stood outside wondering whether to go in
or go home and save his £17.00. The two of us ventured in
and rather than standing in the audience with the aforementioned
fixed grin, it almost pains me to admit that I was soon grinning
with pleasure at was a very convincing and powerful performance
of the record.

They got in all down really well, with just a few
missed cues – but less than Don would have done (sorry Don) – and
it was evident from the title track that they had their chops well
and truly together. The Drummer was excellent and Hitchcock and
Terry Edwards played pretty inspired guitar, the latter doing a
blow-out side solo on “Sun Zoom Spark”. They basically
nailed all the parts – which you really have to do to play the music
in the right spirit – and I was amazed that Hitchcock’s voice sounded
great in context. His Don impression on the encore of “Electricity”
was brilliant. I would never have believed it if I hadn’t heard
it with my own ears. A cellist was doing the theremin parts on that.
They also did “Sure ‘Nuff” as an encore.

The crowd went bonkers and we loved it 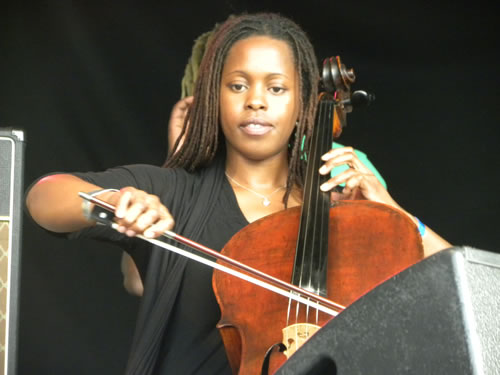 All photographs are Copyright: Mike Aldridge 2011. Used with permission.