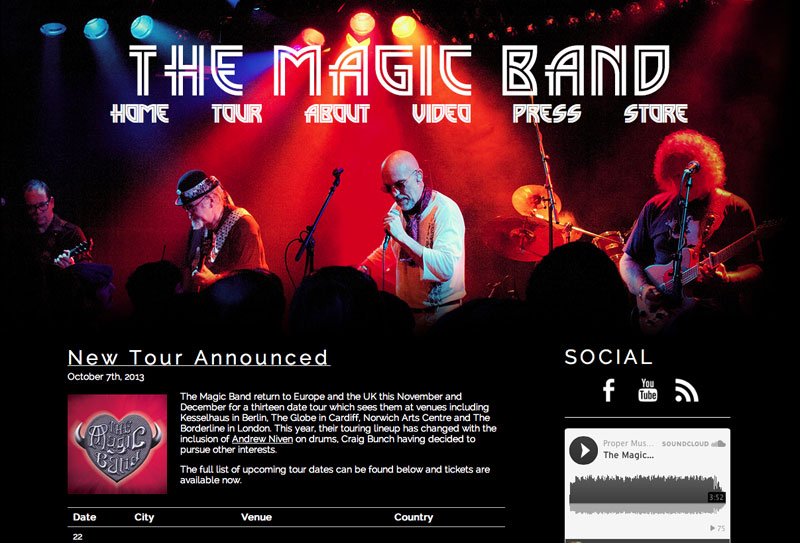 The new site provides us with a suitably Magic web presence; my favourite bit being the archive of press reviews of many of the reunion shows. It’s a pleasing reminder that the reunion has been consistently booglarising us for over 10 years now, and the tone of the reviews is as equally thrilled and disbelieving in 2013 as it was in 2003. John French, Mark Boston and Denny Walley, along with their bandmates over the last decade, have achieved something truly remarkable.

So get yourself out there if you can, witness an unforgettable show, revel in the affirmation, buy a t-shirt.

Here in summary are the dates: