Distant Cousin of The Magic Band 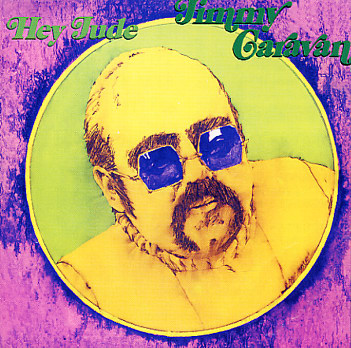 For every one who appreciates the Hammond Organ playing of Jimmy Smith, Ian McLagan or John Medeski there are plenty more for whom the Hammond Organ represents middle of the road wallpaper music and serially issued LP compilations of teutonic pop drone.

Imagine if a Klaus Wunderlich or a James Last had ever got round to covering Captain Beefheart and smoothing out his edges. I suppose that collectors would now be paying very silly money for cheesy LPs with titles like Hammond Party of Special Things To Do, Hammond Blows Its Stacks Vol 3, or possibly Orange Claw Hammond.

Even Acid Jazz, latter-day home to that genre, hasn’t yet thrown up a Hammond Beef tribute album, although Lewis Taylor approached the idea with a swirly hammondy version of Frownland on his Trout Mask Replica replica.

No, the Hammond Organ is not an instrument which I ever associated with Captain Beefheart. Not, that is, until a Hammond album popped up for sale at eBay. The seller had made a connection between the name of the artist and one of the keyboard players credited on Bluejeans and Moonbeams, Jimmy Caravan.

Jimmy Caravan was way off my radar so I began to look around. I found that he released at least three LPs; Look Into The Flower (1968), Hey Jude (1969) and Jimmy Caravan and the Blues Caravan (date?). I haven’t found much written about him in reference books or on the internet. A couple of his tracks have recently been played on Craig Charles BBC radio show.

What then about Jimmy Caravan’s contribution to The Magic Band?

There are three keyboard players credited on Bluejeans and Moonbeams. Two of these players get special thanks for making the album possible, so I’d guess that as important as these two were to the making of the record their keyboard skills were probably not all that was required.

It seems to me that Jimmy Caravan must have been brought in specially to give a unique keyboard sound and that sound must have been the sound of his Hammond Organ, or ‘star machine’ as it is credited.

If I have identified it correctly the only Hammond is on the song Bluejeans and Moonbeams itself. Isn’t it the instrument which echoes and underlines the guitar parts in the last third of the song before soaring up into the songs musical climax shortly before the fade-out?

Maybe this coda to the album was meant to be a reprise to that long lunar note which was so memorably described by David Stubbs in his 1995 essay about Clear Spot?

“…Rollo’s guitar trembles lingeringly, pre-ecstatically, before taking you as close as rock ever will to ejaculation. Bottleneck guitar sprays, slides and slips everywhere. By the end of the song, you’re drenched in God’s own semen. Glorious.”

If that was what was intended (that, or another version of the theremin theme from Electricity) then within the context of the album and the terms of the song, I think it works very well. Klaus Wunderlich must have known that he couldn’t cover Beefheart. With Jimmy Caravan’s help Beefheart had already been there and done that.

You can hear brief snatches of Jimmy Caravan’s other work at allmusic.com