Captain Beefheart by Mike Barnes reviewed in The Wire

[alert_box type=”info”]This review for the Beefheart biography was written by Julian Cowley and was taken from the July 2000 edition of The Wire.[/alert_box] 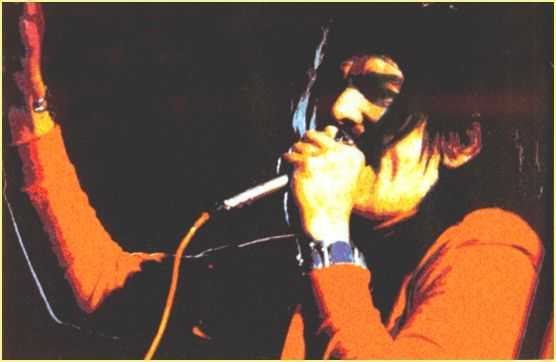 As a small child, Don Vliet (the Van came later) collected hair from his Persian cat and moulded it into the likenesses of other animals. By the age of 13, he’d completed the mammals of North America and Africa, and had developed a special fondness for ayes-ayes, dik-diks and other strange lemurs. Then he moved onto fish. Mike Barnes acknowledges early on in his book the refined capacity of Captain Beefheart, Don Van Vliet’s magical persona, to embellish accounts of his own remarkable life, and Barnes rightly establishes a place for such elaborations within this critical biography. After all, as Henry Thoreau used to insist, only those who can exaggerate are qualified to tell the truth.

Discovering that Van Vliet’s Grannie Annie was second cousin to Wallis Simpson, wife of the abdicated king Edward VIII, enriches in ways that defy expression the experience of listening to Beefheart singing about his china pig or big-eyed beans from Venus. It’s less startling, and more evidently relevant, to learn that Annie regaled her grandson with tales of seeing “The Howling Wolf” performing on her husband’s Southern plantation. Chronological sequence can lead to leaden biographical narrative, but given the nature of his task, Barnes is clearly wise to keep the factual mapping as straightforward as possible. Shared tastes and interests that drew Van Vliet to his vital friendship with Frank Zappa, growing up on the culturally arid fringes of the Mojave Desert are sketched with unfussy conciseness. Elsewhere Barnes is obliged to switch on his apocrypha alarm as he wades cautiously through swamps of anecdote and speculation.

He fixes co-ordinate points through reference to published interviews, and his own conversations with Beefheart’s friends and members of The Magic Band. Yet even firsthand accounts veer into uncertainty; even those who were don’t seem entirely sure of their memories. There are reports of microphones exploding, state of the art recording equipment congealing, and telephone calls telepathically anticipated. At the end of the book Barnes recounts how his efforts to contact Beefheart in person were stonily rebuffed. But it’s unlikely that an encounter today with the man described by Ry Cooder as “the most incorrigible, difficult guy in the world” would shed additional light. The Beefheart who emerges from Barnes’s biography is a total artist, a visionary painter, sculptor, poet and composer side-tracked into the music industry, and so condemned to lengthy struggle against coercive commercial forces. Despite the beguiling oddness of many details in the story, the author is respectful of Van Vliet’s determination to break free from the ‘freak’ label imposed during the 60s to make him more marketable, an image that can still obscure the magnitude of his creative achievement. Barnes avoids facile demystification, of the kind that aims to explain away the core elements of Beefheart’s peculiar power. He is respectful, but also suitably wary of critical adulation, and he deals frankly with less attractive facets of Van Vliet’s personality. Beefheart’s occasional complicity in his own exploitation, especially at the nadir which threw up the desultory Bluejeans And Moonbeams (1974), is duly acknowledged. More disturbing are the insights into his tyrannical manipulation of The Magic Band during the period of his creative peak. Don Aldridge, a long term friend, and guitarist Bill Harkleroad (aka Zoot Horn Rollo) both chillingly invoke Charles Manson when discussing the year-long process of behavioural engineering that resulted in the irrefutable masterpiece Trout Mask Replica (1969). Jeff Moris Tepper, a later Beefheart sideman, describes Van Vliet as “like an emperor”, and at the same time, “like a small child, very gentle”. Jethro Tull’s Ian Anderson concurs that behind “that great ebullient apparent confidence, there’s a small element of deep insecurity”. All are agreed on the man’s profound creativity. Ultimately, Barnes fulfils the obligation which makes the best biographers: he directs attention back to the work. Of course, addressing the music on record, in a song by song breakdown of individual albums places him on firmer ground than reports arising from hearsay and hindsight. Yet even here the terrain gets thorny, especially surrounding the album Strictly Personal (1968) which aficionados have long dismissed as a potential gem adulterated by Bob Krasnow’s psychedelic tampering. Barnes is far less dismissive, and more inclined to spring to the producer’s defence. His intelligent discussion overall foregrounds Beefheart s rejection of labels, and determination to unsettle the catatonic state gripping potential listeners. He also discloses Van Vliet’s extraordinary capacity to absorb and imaginatively recycle a staggering range of environmental sounds, and musical experiences encompassing Son House, Steve Reich, Ornette Coleman and, startlingly, British folk singers Al Lloyd and Ewan McColl. (Barnes, incidentally contributes his own pleasing piece of imploding Americana with a mistaken attribution of a Blind Willie Johnson song to Blind Willie Nelson.)

Van Vliet’s latter-day success as a painter is documented in the closing chapters although, as this biography is not officially sanctioned, Barnes was unable to reproduce examples of this work among his illustrations. His musings on visual art are less assured than his commentary upon the music but Barnes is properly mindful that the Beefheart persona is best viewed as an interlude in Van Vliet’s more expansively creative life. Written with care and dedication yet by no means the last word, Captain Beefheart offers a responsibly constructed platform for further serious critical attention.