An Old Fart At Play: Conversations With Captain Beefheart by Lou Stathis

[alert_box type=”info”]This interview was taken from the August 1983 edition of Heavy Metal Magazine. A big thankyou to Don Trubey for scanning and sending it along.[/alert_box] 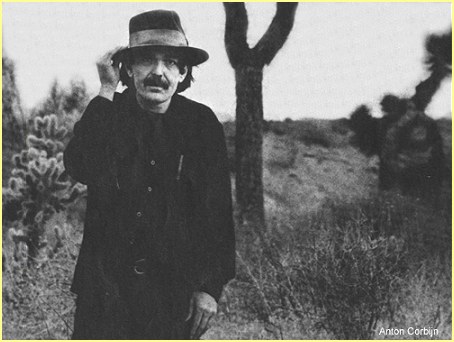 There’s no doubt in my mind that Don Van Vliet (better known by his nom de disc, Captain Beefheart) is one of the most extraordinary humans on the face of the Earth. A few years ago, in a youthfully effusive frenzy, I called him an ubermensch (superman, for you non-Nietzscheans), something he’s never let me live down. But the man isn’t so much a superman, as… well, a separate genus and species of humanity all his own.

That’s utter dogshit, of course – the man’s body has the same creaks and groans, and produces the same stinky waste products as the rest of us stuck here on God’s golf ball. But it’s trying to figure out the workings of his mind – the wildest bouncing day-glo colored ball of vaseline you’ve ever chased – that gets you into trouble groping for metaphors beyond the linguistic fringe. Like all great creative anomalies, he’s hewn his own universe from the meat of our cast-offs, and deposited himself at its center; a passionate, curious, intensely sensitive, cranky, and hilariously funny child who refuses to “grow up,” and probably couldn’t, even if he wanted to.

He’s an artist because his mind won’t allow his body to sit still; his chosen mediums are oil on canvas, marker on sketch pad, words on paper, and vibrating air molecules on ear drum. His music is an exhilarating, euphonious cacophony, composed either on piano or whistled/hummed/scat-sung into a tape recorder to be meticulously transposed according to his exacting specifications by his band (including at the moment: Gary Lucas, guitar and management; Jeff Tepper, guitar; Richard Snyder, bass; Eric Feldman, keyboards; Cliff Martinez, drums).

The sounds made by the Magic Band ring in your head like no other music you’ve ever heard. Audacious, unheard-of harmonies dart and shimmer in the light, and leave strange, exotic tastes in your mouth. Swamp-motor rhythms both support and subvert the foundations of listener expectations – every time you reach out to lean on one, it’s suddenly no longer there. It is an assaulting, cataclysmically intense, vastly entertaining, and fucking humbling body of work – one that I’m convinced will one day be regarded as a high point of our age.

Van Vliet was born in Glendale, California in 1941. His first album, a night’s worth of steamy, psychedelic blues, was recorded in 1965, but not released until 1970 as Mirror Man. Since then, vinyl highlights of a career that’s taken more ups and downs than Richard Nixon’s include: Strictly Personal (1968; one of the essential documents of the psychedelic age), Trout Mask Replica (1969; a monument of deviant creativity), Lick My Decals Off, Baby (1970: a sort of twisted, Beefheartian pop album), The Spotlight Kid (1972; a sort of twisted, Beefheartian blues album), Shiny Beast (Bat Chain Puller) (1978; Don in a mellow mood), Doc At the Radar Station (1980; my choice for the one album I want to be buried with), and Ice Cream for Crow (last year’s reaffirmation of Van Vliet’s vitality).

These days, Don lives in a trailer in the middle of the Mohave desert with his wife, Jan. He is busily preparing for a major New York gallery show of his paintings, planned for sometime in the fall. In his spare time, he has written about eighty songs for the next Captain Beefheart and his Magic Band LP, scheduled for recording in the late fall, probably for a Christmas release. He recently turned down an offer to produce Laurie Anderson’s next album in order to concentrate on his painting. (That olympian clashing of sensibilities could’ve produced something interesting, to say the least) This interview was conducted during one of Don’s infrequent visits to New York, when by all accounts, he is at his worst: terminally wired, sleepless, paranoid, overloaded with sensory input, and painfully sensitized to everything around him. It was one of the most difficult interviews I’ve ever done, and one of best times I’ve ever had. You had to there.

A Useful Member of Society

You once said that not going to school enabled you to remain a child.

Yeah I still feel like a child – every day, everything is exciting and brand new to me.

You think school removes the child from all of us?

Yeah, I think so. Why do they do that?

To make you a more useful member of society.

Well, I’m certainly not useful. I’m quite natural, and that’s why they don’t want to use me. I don’t want them to.

It would be economically disastrous to have 200 million people like you in this country – lots of fun, though. How extraordinary do you think you are?

Do you think you’re different from most people?

No, I don’t think so. Well… I do what I want, and most people don’t. So in that way, I guess I’m definitely different, cause I do do what I want.

And that’s all that sets you apart? You don’t think you’re gifted in any special way?

I’m smart as hell – I know that – and I don’t have that many roadmaps on my head. People have roadmaps – I didn’t want ’em. I didn’t take ’em.

And that was a conscious effort?

How long can you hold out?

All along. Why not?

And why haven’t others done what they wanted to do?

They’re lazy. I work all the time. I haven’t taken a vacation in my life. I’m working – writing, painting, and doing music all the time, day and night. I’ve seen the sun and the moon almost every day of my life. I make it a habit to see both of them. I want to see all of it, if I can.

What do you think your art does for people?

I think it makes them breathe. I mean, I’m not so sure they should pay too close attention – I wouldn’t want them to get hurt.

Why not? It’d probably do them some good.

Last of a Dying Breed

How does it feel to be one of the last remaining members of the avant-garde?

I don’t think there ever was any. Do you?

Yeah. I think so – there’s always been a group of people doing something totally different, working outside existing parameters and ignoring everyone else.

You know – various art movements in the past: Dada, shit like that.

[wistfully] Oh yeah, wasn’t that nice? All those painters…

Well, all that seems to have disappeared. Do you think there’s any room left for the avant-garde?

There better be room for those of us doing exactly what we want, cause that’s what I’m going to do anyway. It’s like in the record industry – they’re totally desperate. The only way they’re going to get out of their hole is to start paying attention to real artists.

Drowning people rarely reach for what will save them – they’ll grab anything they can.

Well, they won’t get a hold of me. They’ll get sucked in with me.

That’s optimistic. I think. They don’t really hear anything unless it comes through their bank accounts.

Then I’ll influence them through their dollar bills. [makes dumb bird gestures] I’ll tell you what. I ain’t going nowhere. I mean, I’m going to stay here and do what I damn well please. I’ll never not do what I damn please. There’s no way I’ll ever do anything I don’t want to do.

Do you feel at all like a dinosaur? A last member of a dying breed?

I feel like everyone else’s been asleep. All along. And they’d better wake up.

What’s this shit about your never wanting to tour again? Is that true?

Have you had it?

It isn’t worth doing for the number of people you can reach?

I can’t afford it. And it takes up too much time. I’d much rather stay home and work. I’ve got too much to do.

But the thought of never seeing you and the band live again is painful to me.

Me, too, in a way. But I’m getting too selfish – I’ll still see the band. We’ll still make records – l’ve got more compositions to record now than I’ve ever had before. And this band – there’s no end to the things I can do with them. They want to do eveything.

C’mon, tell me the truth. Will you really never play another concert again? I’d even fly to L.A. to see you.

You would? Then we’ll put on a concert for you.

Talk about small pockets of people! If you’re playing in a hall that seats two thousand, or so, what percentage of them do you think are awake? Five percent? Ten percent?

[laughs] I don’t know; I never think of it that way. I hate lower mathematics.

Painting In the Dark

[cringing Dracula-like from the light] I’m photophobic. Light just puts my eyes out.

Don’t you go out in the daytime?

Of course not! For me to do that is really unusual. They’re [pointing at eyes] really getting a treat when I do that.

Don’t you need light when you paint?

No, I know what I want on the canvas anyway.

How many paintings and drawings do you have stashed away that no one’s seen?

Thousands. That shade on the Ice Cream for Crow cover [painting used for album cover painted on window shade] was done during Trout Mask. My wife brought it out – I had done it during a rehearsal. She had it in her purse – she was saving the thing. Pulled it out one day and said, “Maybe you can use this.”

How are you preparing for your gallery show?

Are you working in the trailer?

No, I’m working out front.

Yeah. I put up lights, but sometimes I walk away and paint in the dark. Sometimes, it’s just a feeling, and you really don’t need to see what you’re doing – what am I saying? Of course you do. But I like to feel the damn paint, and the canvas with its big teeth. I feel like I’m being attacked by a big cloth werewolf. I mean, the feel of the softness and thickness of the paint with the brush – it’s almost like fur.

Why the hell are you doing that?

Yeah, as long as I have a swamp cooler.

A fan and a pan of water?

Yeah. [laughs] Then I can see the heat. I love that. I want it as hot as it can get. I like the extremes, and the extremes in Arizona are fantastic! Winter is really cold – there’s snow – and the heat is real hot. Extremes are kind of pleasant to me.

That would drive me crazy – it bothers me about N.Y.C.

Yeah, but you enjoy it. That’s why you’re here – you enjoy going crazy.

I enjoy the result, but not the process. Doesn’t it make you at all physically uncomfortable?

Nah. I had asthma as an infant, so I need plenty of space to breathe.

How the hell can you breathe at all when it’s so damn hot?

Well, you have to really try.

I think so. That way you can’t relax – I’d hate that. Then you’d get laaiidd baaack. [burlesques total muscle relaxation] Yecch, I hate that, y’know, “Hey man, I’m laid back.” Like the music – fly spray music. Yeah. I wouldn’t mind leaving L. A. at all.

What sort of environment will you set up for yourself in Arizona?

I’d like it to be near Tempe, but way out in the desert. I’ll have a house, and a studio to paint in.

Have you found a place that you want?

With your own little hands?