An account of a concert at the Stanhope, New Jersey, 6 December 1980. This article and photographs are by Raymond Ricker and originally appeared at Home Page Replica. 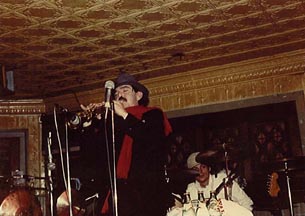 The show in question was held the night after the Boston, MA show at the Stanhope Club – Stanhope, New Jersey on 6th December 1980. The club was traditionally used to house Country & Western bands. I showed up, with 3 friends, about 2 hours before the scheduled start. As luck would have it, the Magic Band (minus Don) was in the middle of a sound check and they invited us to sit in. For most of the check the band rehearsed “Run Paint Run Run” (though it wasn’t performed).

After the check, I talked with Moris for a good hour, and discussed various topics like Drumbo’s departure from the band. I also let him know that I was a marimba player who was just dying for a chance to audition for the band. He took my address at the end of the discussion, and though, I never did get my audition, I have remained in loose correspondence ever since.

The opening act was DNA (w/Arto Lindsey) – nothing memorable except the bass player fell off the platform which brought a chuckle from the crowd.

The Magic Band played for a good 90 minutes (longer than most other performances I have seen in years passed). Their were 2 memorable moments – the first during Don’s mellotron solo (which is available in the trade circuit) an excited fan yelled out “Sun Ra” which elicited a “shut the fuck up” from Don. At the close of the solo, the Magic Band sequed into a version of “My Human Gets Me Sun Ra”. Also, during “Sheriff of Hong Kong” Don hit the Chinese Gongs so hard that his mallet broke sending the sharded end into my jaw. Being the gentleman, I returned the broken end to Don as the song played – he looked a bit frightened as I approached him and he pointed to my jaw – blood was running down onto my shirt. 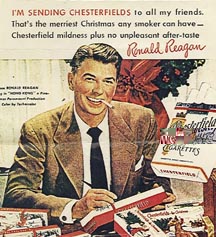 After the show, Don & Moris came over to my table where we talked for about a half hour. Don apoligized about my bleeding jaw (though he kiddingly told me that I should have caught the mallet) and thanked me for the bottle of Mums champagne I bought for their performance at the Beacon Theater in NY. We discussed other items such as the limited distribution of “Doc”, the environment, and his disgust at seeing Raygun elected as President.

The band was truely “hot” that evening – more more so than the Beacon and the upcoming Mudd Club show. The band was terrifyingly hot for performances of “Smithsonian Institute Blues”, “Doctor Dark”, and “Veterans Day Poppy”. The only sub-par performance of the evening, and it was because of Don’s failing voice, was “Sugar and Spikes” – I wished Don would have let this one stand as an instrumental during the tour. It seems that Don was very comfortable singing in his natural Baritone range during the tour, however, when he moved outside this range his voice had a tendency to “crack”.