By: Graham
In: Sketches
With: 0 Comments 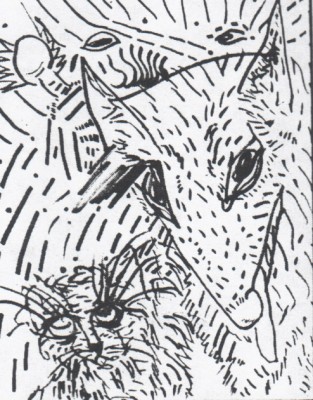 Captain Beefheart’s Iridescent Logic was an article written by Lester Bangs that appeared in Musician #29 in 1981. Three of Don’s sketches were scattered through the article.

This one may be familiar because it was also published in Conjunctions in 1982. However, on this version there are no whiskers on the cat’s right side, nor Don’s signature or date.