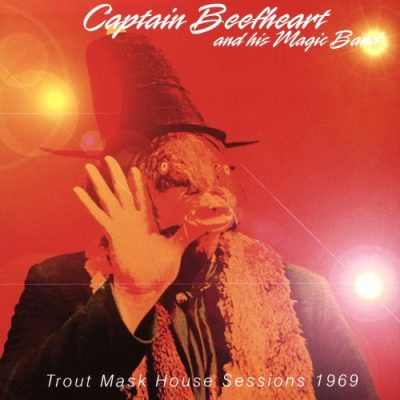 The Captain had a notoriously sadomasochistic relationship with some of his musicians especially during the recording of the album usually considered to be his greatest work Trout Mask Replica. Here, you can listen to some of those peculiar sessions for yourself!

A sloppy bootleg of material originally released on discs 3 and 4 the Grow Fins compilation of the Magic Band practicing the backing tracks for the album. These were recorded at the Trout House in Woodland Hills.

The text for the insert is lifted directly from the Grow Fins booklet.

Great photo on the cover …

It has also been advertised with a different cover (see below) … pity it’s of the band in 1966 none of whom were on the Trout Mask album except for Doug Moon in a tangential way. 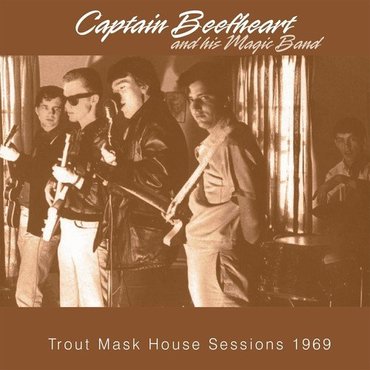