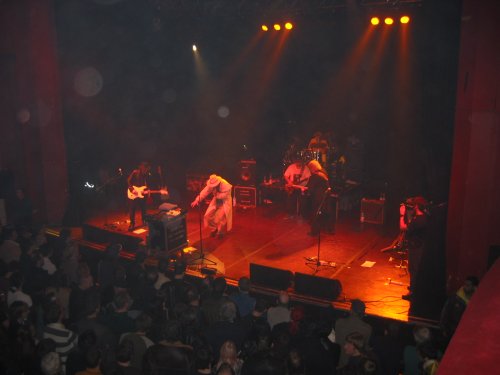 Many thanks indeed to Janet for taking her photos of the 2003 Magic Band’s Camber Sands show, and to her huband Denny Walley for sending them along. Here’s Denny’s message: I had my wife Janet “The Planet” take these shots. I spoke with John French this morning, and he said that you might like some of them, so here you go! It was great to meet some of the Fireparty Folks, and especially to PLAY for them. The acceptance of TMB by such a diversified audience, was overwhelming to us. We LOVED it! Dons music is too important for it not to be played and END_OF_DOCUMENT_TOKEN_TO_BE_REPLACED