The line up was the same as the Brighton ’72 gig except for Alex St Clare instead of Winged Eel Fingerling. The concert started with Rockette Morton with an electric toaster straped on his head. He said, “Good evening. My name is Rockette Morton. I’ve just come on to do a toast.” Then he leapt into the air and played a short free form solo. He went into the riff from Mirror Man and the band joined in. Beefheart came on playing the harp and exhorting everyone to their feet. Hundreds of people left their seats and ran to the front of the stage. It END_OF_DOCUMENT_TOKEN_TO_BE_REPLACED 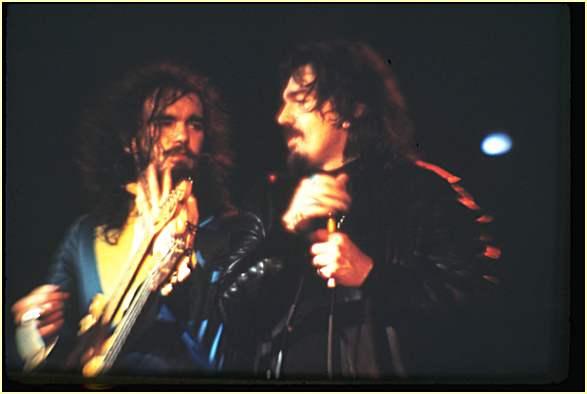 These were very kindly sent to me by Dr Stephen Jove, taken during the Magic Band’s set supporting the Mahavishnu Orchestra at Winterland, San Francisco, 31st March 1973. The first was taken by Ryk Ekedal, and the second by Stephen. Many thanks for their permission to feature them here. Copyright held by the photographers, Ryk Ekedal and Dr Stephen Jove. Used by permission, not to be reproduced for commercial use. If you would like to get hold of prints of these photographs, please e-mail Stephen. END_OF_DOCUMENT_TOKEN_TO_BE_REPLACED 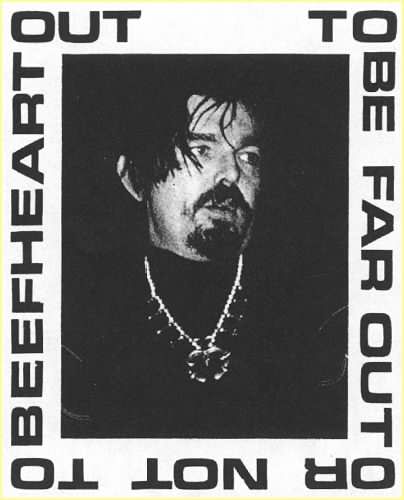 [alert_box type=”info”]This article and interview was taken from ZigZag 34, Vol 3 N0. 10, November 1973.[/alert_box] The article is introduced by the ZigZag editor, Connor McKnight. Many thanks indeed to Michael H for sending this along. In September of 1970, I moved into a new flat in Bayswater. It has about it an air of what indifferent novelists invariably call faded gentility. All our neighbours seemed very old and very quiet, but it was still a nice place. Now one evening when I was sitting on the toilet, of all things, a faint trace of musk wafted through the door, and upon closer listening it END_OF_DOCUMENT_TOKEN_TO_BE_REPLACED

[alert_box type=”info”]This interview was taken from the July 1973 issue of Oui magazine.[/alert_box] The introduction merely relates the Beefheart ‘legend’, however the interview itself is particularly interesting as the Captain discusses the formation of the Magic Band and the music which they produced, offering full credit to those involved and their contributions to the music. Captain Beefheart is not a military hero, the star of a kiddie show, or the symbol of a brand of dog food. After spending some time with him, though, you get the feeling that he could, if he really wanted to, be any one of those things. What he might END_OF_DOCUMENT_TOKEN_TO_BE_REPLACED

This article / interview first appeared in Sounds 14th April 1973. Many thanks indeed to Simon Sergeant for typing it up and sending it. I must confess I didn’t expect Captain Beefheart’s reply to “Hello, how are you?” to be that he felt fine but was very angry about the Muhammad Ali fight: “Look what they have done to him man, I mean he won that, and they took it away from him.” Don Van Vliet and his wife Jan joined us for a lunch a couple of days after he flew in to London for his biggest and potentially most successful tour here. With END_OF_DOCUMENT_TOKEN_TO_BE_REPLACED

Welcome to my very favourite item here at the Radar Station. It’s a streaming audio interview broadcast on the John Peel show on the 24th April 1973. Fourteen minutes long, it is less of an interview than a friendly chat. John Peel states at the beginning that he is notoriously bad at interviewing people, but this is one of the best interview I have ever heard with the Captain and really captures his sense of fun. This tape was sent to me by Peter Cooney, many thanks indeed. Click to hear the show. END_OF_DOCUMENT_TOKEN_TO_BE_REPLACED 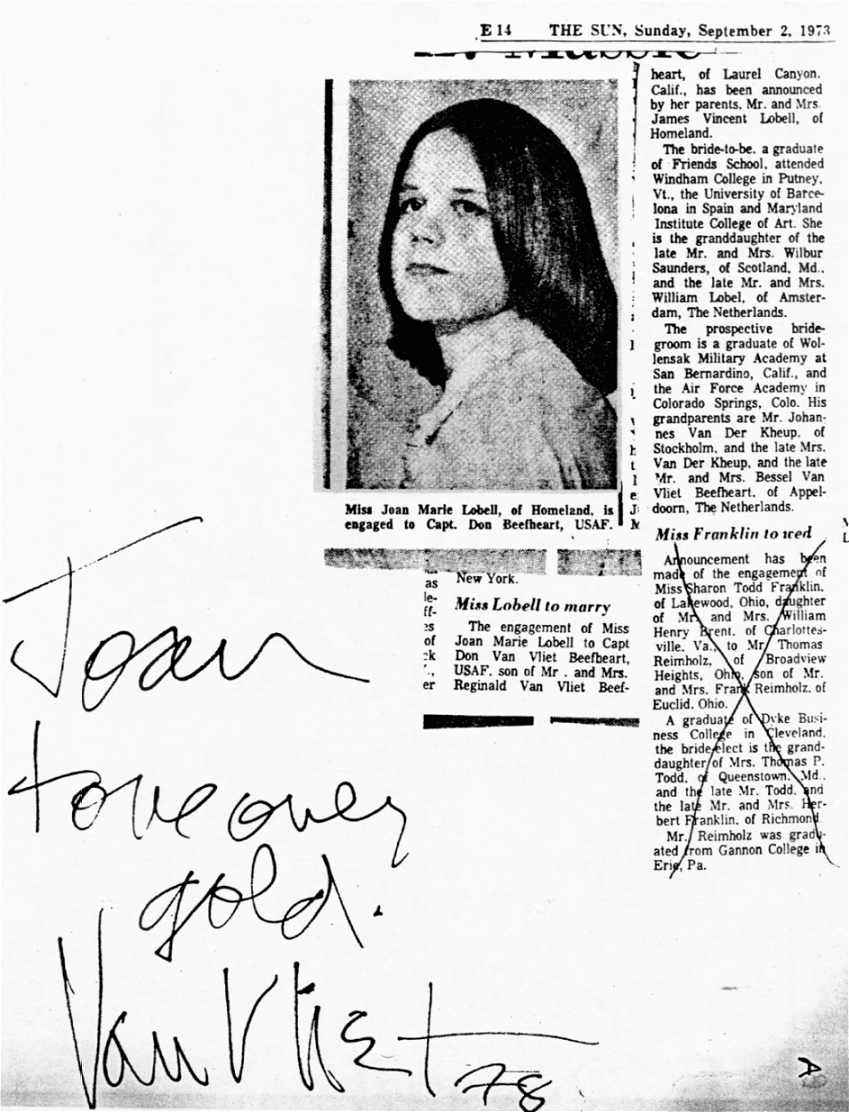 [alert_box type=”info”]This curious oddity was a prank that first appeared in a Baltimore Maryland newspaper, The Sun, on 8th September 1973. The autographed version that you see below later appeared in an underground publication from 1985 called “DDC#040.002 #3”, published by “tENTATIVELY, a cONVENIENCE”.[/alert_box] This was very kindly sent to me by Brainpang – many thanks to him for this bizarre curio. Joan Lobell is a Beefheart fan who, in 1973, thought it would be amusing to announce her engagement to none other than ‘Captain Don Van Vliet Beefheart, USAF’ in the local paper. Five years later she ended up meeting Don at a Magic END_OF_DOCUMENT_TOKEN_TO_BE_REPLACED