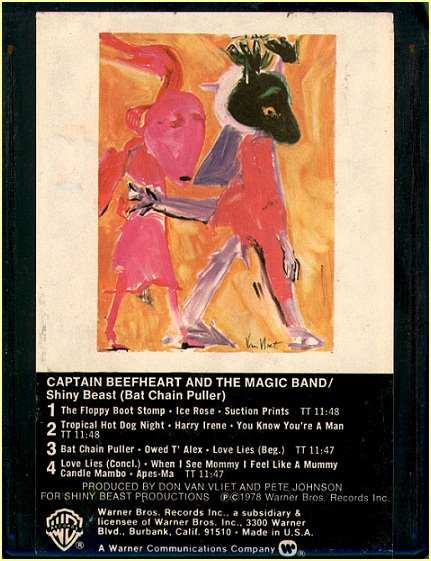 1981(?) Australian Original on Virgin V2149 by CBS Records Australia Ltd. (CBS MX 194968/9) – White Label Promo with This record is manufactured for the purpose of promotion only. It remains the property of CBS Records Australia Limited and is not for sale printed on centre label and stamped in gold on cover. Inner sleeve has lyrics, drawing and photos of band and Copyright control 1981 at lower right.

2000 UK Re-issue on audiophile vinyl by Past & Present Records.

A well remastered release with excellent new sleevenotes by Mike Barnes. Pity they didn’t include the lyrics like the original vinyl. Of the five remastered Virgin albums this one has benefited most. I always thought the album sounded a bit muffled but here it’s much brighter and has more presence … definitely worth upgrading your copy.

Early copies of the sleeve of this remaster carried a curious error … writing credits for ‘Tropical Hot Dog Night’ were given to a ‘Michael Brook’. This is, of course, wrong and should have been corrected in later printings.