Safe As Milk and The Beatles 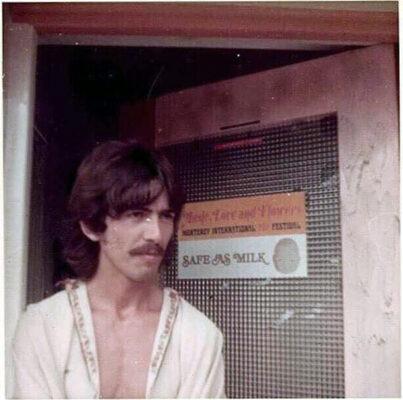 You’ve probably seen the photographs of John Lennon and George Harrison behind whom are copies of the Safe as Milk bumper sticker and wondered what the story is.

As far as I know The Beatles have not committed to record their views on the album Safe as Milk or whether they liked the band but it does look like they have had copies in their possession … or least copies of the bumper sticker.

What is obvious is that to have copies of the bumper sticker they would have had to have the American release of the album because the UK release on Pye International did not include the stickers. 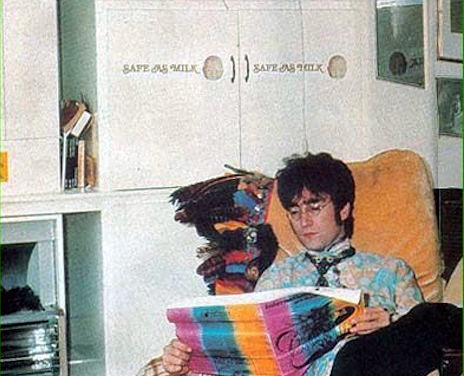 Who was Derek Taylor?

In 1963 Taylor was working as a journalist for the UK newspaper, theDaily Express, and was given the job of interviewing the Beatles. He was immediately enchanted by the band and, partly due to him also being a Liverpudlian, became trusted by them, so much so that in 1964 Brian Epstein gave him the job of press officer for the band. 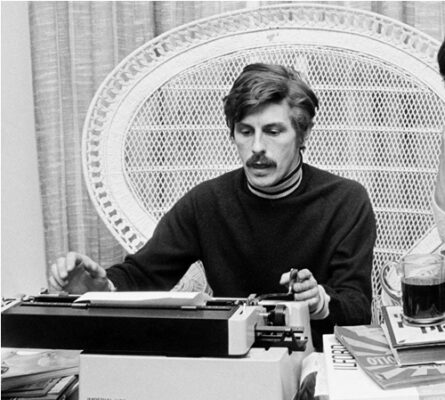 After falling out with Epstein in 1965 Taylor moved to Los Angeles where he worked as a press officer, publicist and, very briefly, a disc jockey. In the mid-sixties anyone who was English was highly sought after in the US music business and being from Liverpool also helped as it did another Brit, John Peel,  around the same time.

As a publicist Taylor worked for the Mama & Papas. the Byrds, Paul Revere & The Raiders and the Beach Boys. He was also involved in organising and promoting the Monterey Festival … note that George Harrison also has a Monterey Festival sticker on his door!

It would seem that at some point Taylor did some publicity work for the Beefheart band as there exists a business card with ‘Captain Beefheart and His Magic Band’ printed on one side and Derek Taylor’s name and LA address on the reverse. 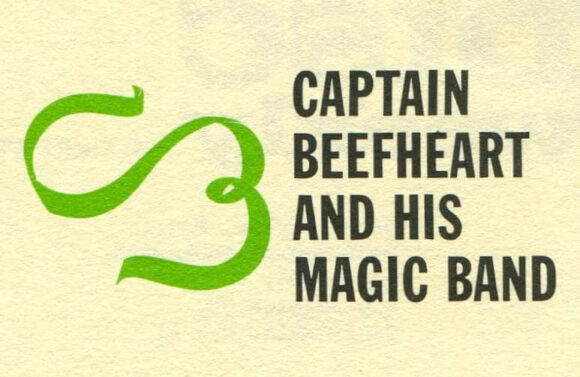 The ‘CB’ logo that looks a bit like a Buddhist symbol was also printed up on a badge so it all seems to be part of a coordinated publicity push although I’m unsure of the date but I’d guess at 1966 or 67.

I wonder if Taylor was hoping for the band to play at Monterey?

During this time Taylor was involved with the local Pasadena based radio station KRLA which specialised in the British Invasion bands  and, later, the emerging psychedelic scene. He wrote for the station’s newsletter, KRLA Beat, becoming its editor in 1968. He also hosted a ‘freeform’ radio show for a short time. 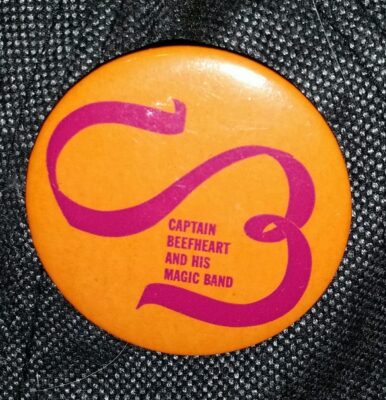 So, did Taylor send the Beatles copies of releases by the new west coast bands such as Captain Beefheart & His Magic Band … or did he just send them a bunch of publicity materials, the Safe As Milk and Monterey Festival bumper stickers? We’ll never know for sure but it seems quite likely that he would have promoted some of the bands he was working with to the biggest band currently on the planet!

In 1968 the Beatles invited him back to work as their press officer for them and for their new Apple company. It was rumoured at one time that the Beefheart band might be signed up to the Apple label. That, of course, never happened and is possibly one more of those ‘what if’ moments in Beefheart’s career, but being on Apple was not a sure fire route to world domination except briefly for Mary Hopkin and not at all for Jackie Lomax.

The only time the band met one of the Beatles face to face was in June 1968 when the Beefheart band were taking part in the Cannes Festival, during which time that famous footage of them playing ‘Electicity’ and ‘Sure Nuff ‘n’ Yes I Do’ on the beach was filmed, they met Paul McCartney in a hotel room where they talked and even had a small jam session according to Jerry Handley.

Don was to acknowledge the Beatles with his song ‘Beatle Bones ‘n’ Smokin Stones’, name-checking ‘Strawberry Fields Forever’ and trying to out-weird the imagery of the Fab Four – you can argue either way that this was done in homage or as a parody. In later interviews he was to say he liked Paul McCartney but he was not a Lennon fan as he didn’t like the line “I’d love to turn you on”.

I can now add a short coda to this piece thanks to Sam Smyth who runs a Beefheart page on Facebook. he brought to my attention former Monkee, Mike Nesmith’s comments in his book Infinite Tuesday; An Autobiographical Riff, in which he tells of his visit to John and Cynthia Lennon’s house in the summer of 1967. Mike was a fan of the Beefheart band and helped them out on a few occasions:

When we arrived John was in a kind of breakfast den next to the kitchen, examining the cover of the Safe as Milk LP from Captain Beefheart and His Magic Band. I was surprised and happy to see the album because I had been at those sessions in LA and made a friend of Beefheart, an artist of extraordinary scope who wore a smock and a perfect diamond soul patch, and whose real name was Don Van Vliet. One of the producers of the album, Bob Krasnow, had been a close friend as well, as well as my manager and record producer beforeI got the job on the Monkees tv show.

So for a moment at John and Cynthia’s house, it was as if John, Beef, Kras, and I were all friends in the same room. I was sure Bob and Don would be very happy to know John was aware of the record – and was maybe even a fan of it. Maybe he could even be part of our band of avant-garde LA artists. Don had played an electric flour sifter on the record: possibly the next big rock-and-roll instrument.

I asked John if he liked the album, and he said he hadn’t heard it. He had just received it unsolicited in the mail, was wondering what it was, and curious about why it was there. I was a little deflated. It was the fastest breakup of any band I had been in.