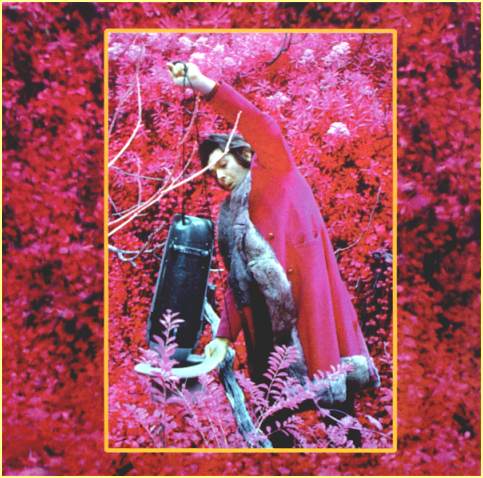 The cover for the Grow Fins promo, featuring the magic man himself. If his vacuum cleaner sales routine was as impressive as this then who could blame Aldous Huxley for being tempted?

This was released by Revenant in March 1999 as a taster to the Grow Fins set, and is very tasty indeed.

Below is the track-listing as it appears on the inside front sleeve. 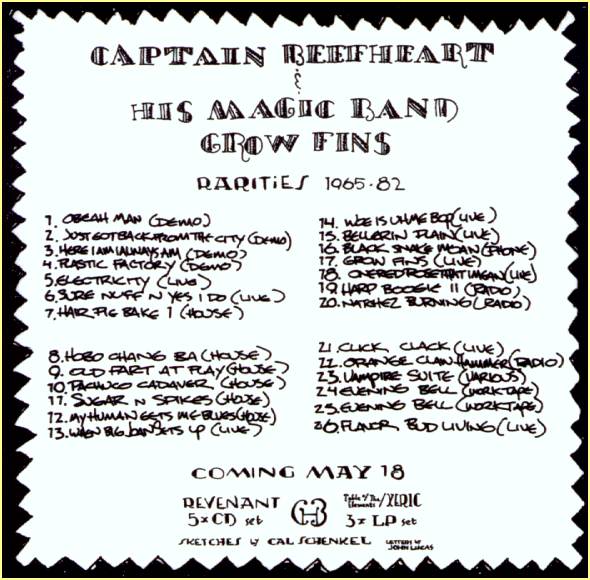 The sound quality is by far superior to the majority of the bootlegs circulating which feature this material, and the material itself is stunning, boasting many gems which I have never heard before. Live performance material is exceptionally powerful; the version of Grow Fins included here instantly springs to mind, but any of these tunes would do as a shining example of the Magic Band at their best. The inclusion of the gorgeous Zappa / Beefheart radio show version of “Orange Claw Hammer” is a particular delight. I have several versions of this moving rendition of a beautiful song, but none sound quite as fresh as this. You can almost see the wooden tits on the goddess.

The back cover to the CD merely features the psychedelic red woodland which surround the picture on the front cover, making a very pleasing package.

After hearing these 26 songs (73 minutes of music) my anticipation for the full set was almost unbearable.

“Come little one with your little old dimpled fingers, gimme one…” 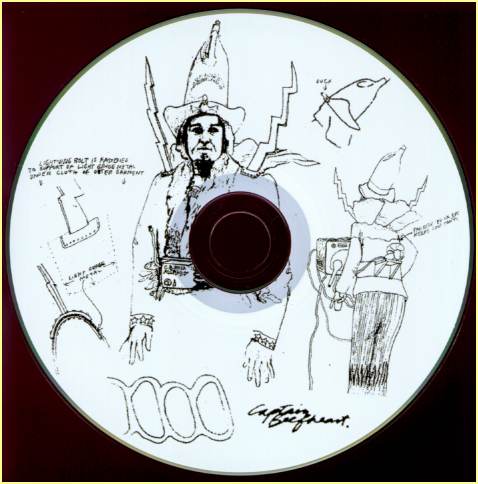 The Grow Fins promo CD. The writing on the left reads “lightning bolt is fastened to support of light gauge metal under cloth of outer garment.” The bit on the right reads “fan mounted on back keeps cape cont…” and then cuts off. I assume the instructions continue to read “continuously billowing” or some other similar dramatic touch to complete the “super-hero” effect.

The above picture was later included as a poster in the Grow Fins vinyl release.

Prior to the release of the box set, Revenant gave the Radar Station permission to stream the promo CD to fans for a full week.