If you missed the live session on 16 June, and if you didn’t, you can tune in again on Thursday 18 June and Saturday 20 June at the same time for a continuation of the symposium and some more of Gary’s great stories about being with Don. 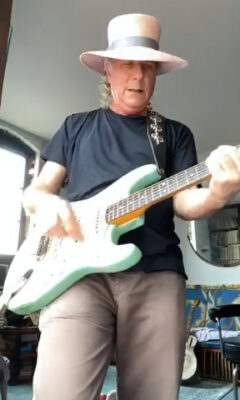 During the lockdown Gary Lucas has been keeping himself busy by playing three half-hour concerts a week live on Facebook covering examples from all his musical interests.

If you can, check it out and don’t forget to drop something in his Paypal account to help him out until he can get back out on the road.

On Tuesday 16 June 2020 he’ll be a doing a special version of his Beefheart Symposium as one of these shows with particular emphasis on the Trout Mask album.

He told the Radar Station that this

“is in honor of the 51st anniversary of the release of “Trout Mask Replica”? I’ll play selected Trout Mask numbers solo, talk about Don’s approach to music,  and give a tour of some of my in-house Beefheart art collection. “

The show will start at 3pm EDT which is 8pm in the UK and 9pm in Europe. 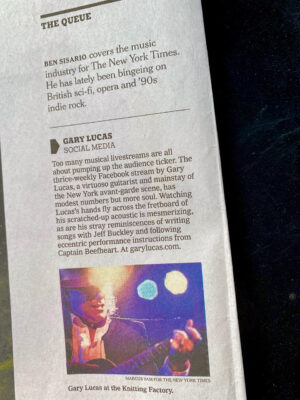