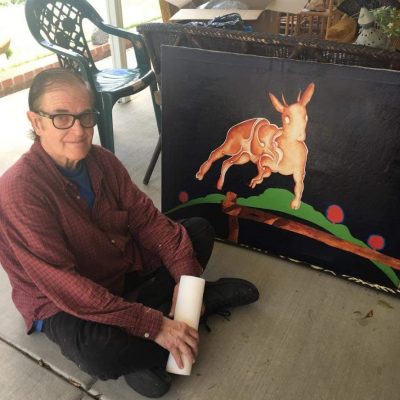 “That’s right, The Mascara Snake!” The Radar Station was saddened to hear that Victor Hayden (aka The Mascara Snake) had died on 7th December 2018. His death was announced by Pamela Des Barres on her Facebook page. She had known Victor since high school and called him her ‘soulmate’. In recent years she had acted as agent for his artwork. However, she gave no details about the cause of his death but Steve Brewster contacted us to tell us the tragic news that Victor had been hit by a van ten days ago and never recovered. Victor was Don Van Vliet’s cousin. During the late END_OF_DOCUMENT_TOKEN_TO_BE_REPLACED 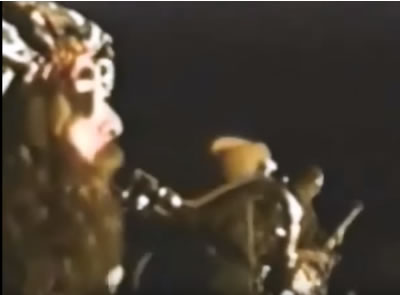 Victor was Don’s cousin, and seems to have been an unusual character. He had artistic inclinations but wasn’t a musician. He hung around with Don and the Magic Band on and off in the early years to such an extent that he became a member of the band for a short while. He played bass clarinet on Trout Mask Replica – possibly only on Hair Pie Bake 1 – and was part of the one-off incarnation of the Magic Band that played the Amougies Festival in 1969. This was the extent of his musical involvement although he was apparently going to be part of the END_OF_DOCUMENT_TOKEN_TO_BE_REPLACED [alert_box type=”info”]The following interview – Roses and Thorns – originally appeared on the website called The Victor Hayden Experience. It disappeared from the web a few years ago. I think the interview was conducted around 2000.[/alert_box] Kevin Delaney: When did you start painting? Victor Hayden: I think I started painting around 7. I don’t know why I have that number in my head, except that I like the imagery of 7. It was 7 or maybe younger. I realized then that I was absolutely obsessed with being an abstract expressionist. I was overwhelmed by the New York school of painting. My favorite of course being END_OF_DOCUMENT_TOKEN_TO_BE_REPLACED