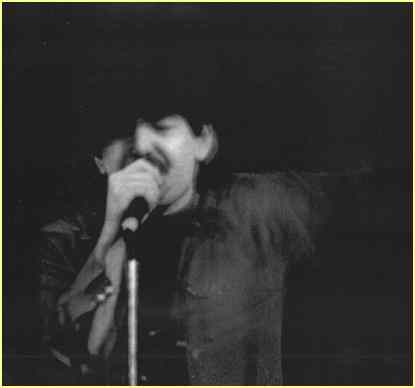 Mike White’s photographs of Don in action were sent to me by Charles Holzhauer, and were taken by his friend Mike White. Another of Charles’ friends, Paul, can be seen with Don in the final picture. Charles thought that they were taken at The Stone in San Francisco on the last tour which would make the date 23 January 1981. Can anyone confirm that? Many thanks for sending these, Charles, and a big thankyou to Mike for agreeing to their being featured here. Copyright held by the photographer, Michael White. Used by permission, not to be reproduced for commercial use. END_OF_DOCUMENT_TOKEN_TO_BE_REPLACED