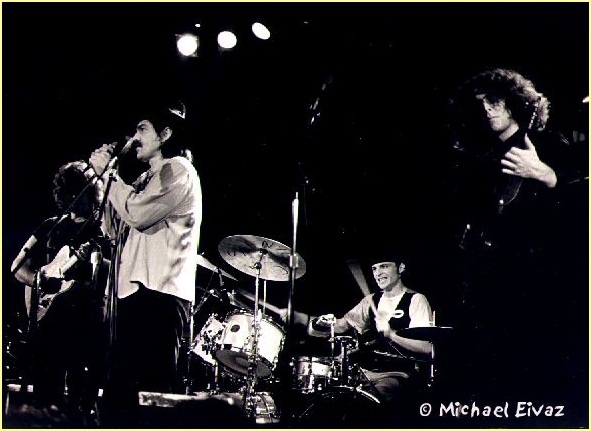 These two photographs were taken by Michael at The Bottom Line in New York on 25th or 26th November 1977. Many thanks to Michael for sending them along. Michael writes: The Band included The Captain, Jeff Moris Tepper, Eric Drew Feldman, Robert Williams, and Denny Walley on the other guitar. That one picture of the masked man I believe is thier manager Harry Duncan singing The Blimp! See Michael’s 1974 photographs as well. Copyright held by the photographer, Michael Eivaz. Used by kind permission, not to be reproduced for commercial use. END_OF_DOCUMENT_TOKEN_TO_BE_REPLACED