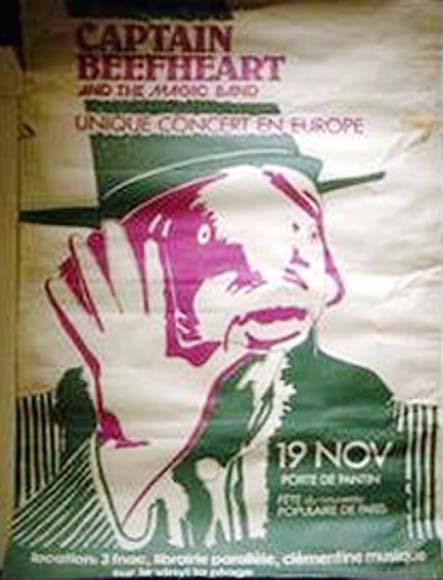 On the 19 November 1977 Captain Beefheart and The Magic Band played a gig, Fete du P.S.U, at Le Nouvel Hippodrome, in Paris. This was a two-day music festival in aid of the French National Socialist Party. An audience of about 10,000 under a big top! Other acts included Buffy St Marie, David Allen’s Gong, Tim Blake’s Crystal Machine, Tania Maria and the Mike Westbrook Orchestra. The Hippodrome de Pantin, Le Nouvel Hippodrome, was a permanent circus located in the Parc de la Villette, near the Porte de Pantin metro station in the north-east of Paris. This was the only performance by the band in UK END_OF_DOCUMENT_TOKEN_TO_BE_REPLACED 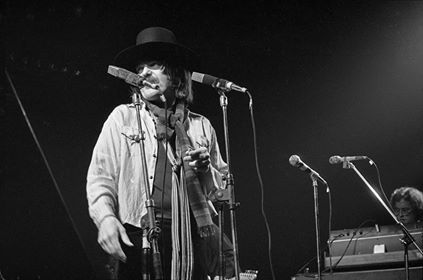 A selection of photographs from the one-off European show in 1977, performed at Le Nouvel Hippodrome in Paris. Copyright held by the photographer, Christophe Guais. Used by kind permission, not to be reproduced for commercial use.   END_OF_DOCUMENT_TOKEN_TO_BE_REPLACED