By: Steve
In: Telly and other filmed footage
Tagged: 1971, Ry Cooder
With: 0 Comments

It has long been rumoured that this tour financed by Warner Records had a film crew following it but no footage has ever surfaced. However, John French has confirmed that parts of this tour were filmed and that a film does exist:

There was a cameraman, Larry Sechrist, and a sound man, John Fizzdale. They brought the film up to Santa Cruz for us to see. I wasn’t very impressed, but I’m sure fans will love it. I did a cancer benefit with Henry Kaiser in Ventura, and the guy who owned the club said that he owned the film. He promised to send a copy, but never did.

I could probably find the film if I really wanted to. I didn’t like it very much. They were using a shotgun mic to record the band rather than getting a live feed from the board and mixing them together, so the soundtrack sounded amateurish. However, that was a helluva lineup with Art, Bill, Mark, Elliot and me. A very tight group, and playing some of the most difficult material. 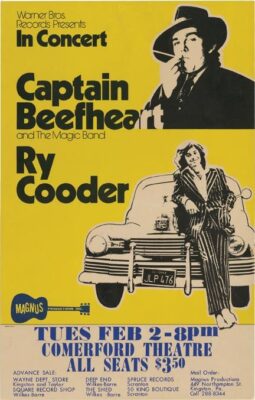 The tour was advertised on the radio using these ‘spots’ sent out to radio stations on a 7″ disc. 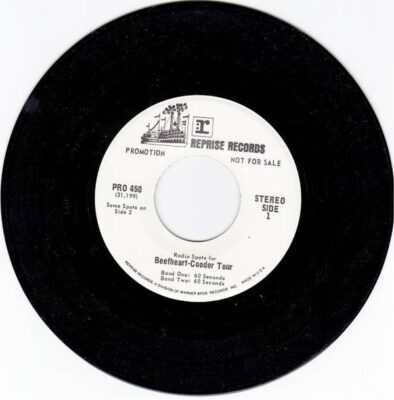