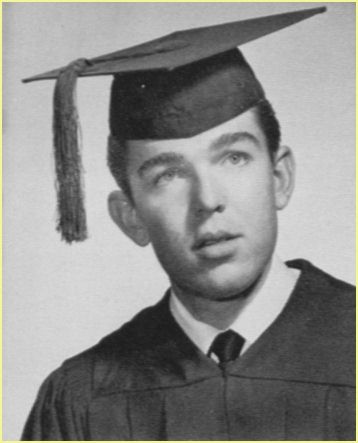 Yes, it’s real. This is the graduation photograph listed for one Don Vliet in the high school yearbook at Antelope Valley High School, Lancaster, CA. Having jokingly claimed to have only spent half a day at kindergarten, this photograph would suggest otherwise. However, it is still possible that he did drop out as claimed. When I asked one person who was actually at school with both Don and Frank Zappa about this photograph, she replied: “Don dropped out sometime during his senior year and probably didn’t actually graduate. Knowing him, he probably found a way to don the cap and gown and get his picture END_OF_DOCUMENT_TOKEN_TO_BE_REPLACED