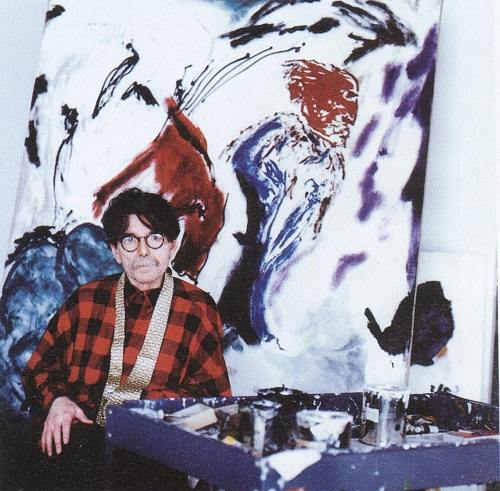 [alert_box type=”info”]This is an interview / conversation between Don Van Vliet and Bono from U2 which appeared in a Christmas special of Dutch magazine Oor in December 2001, double issue 25/26. This Christmas special was laid out by Anton Corbijn, hence the Bono / Beefheart connection. The conversation took place around October / November 2001. Many thanks indeed to Rob van der Kroef for taking the time and trouble to translate the interview from Dutch back to English. Since this text has been translated from English to Dutch and then back again, you may expect all kinds of peculiarities to have worked their way in END_OF_DOCUMENT_TOKEN_TO_BE_REPLACED

PJ Harvey’s new album A Woman A Man Walked By, recorded with long-time musical collaborator John Parish, features former Magic Band member Eric Drew Feldman on keyboards. John Parish and PJ Harvey are both Captain Beefheart fans and significant musical similarities to the work of Captain Beefheart have been noted by most reviewers. Even the publicity material for the album at PJ Harvey’s MySpace page flags the Beefheart connection. In a video at Island Records website John and Polly can be heard talking about their musical influences. Polly explains how she first came to appreciate Captain Beefheart: I’d heard Beefheart when I was really young END_OF_DOCUMENT_TOKEN_TO_BE_REPLACED