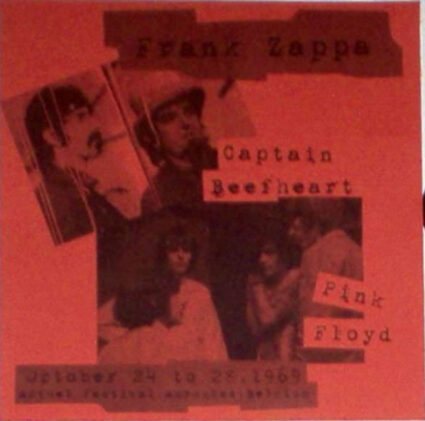 Song List My Human Gets Me Blues Interstellar Overdrive A very rare bootleg single released in Japan. It’s a 10 inch metal acetate and it’s believed there may only be 20 copies of it in circulation! Side One runs at 45 rpm and included Frank Zappa introducing Don and the Magic Band to the festival crowd at Amougies, Belgium in October 1969 before they storm into ‘My Human Gets Me Blues’. Side Two, running at 33 rpm, features Pink Floyd playing ‘Interstellar Overdrive’ at the same festival with Frank joining them on guitar. Releases 201? acetate on Magic Market MM-10-A/B END_OF_DOCUMENT_TOKEN_TO_BE_REPLACED