[alert_box type=”info”]Thanks to Andy Swapp for sending along his photographs, and review, from a great night in Oxford.[/alert_box]

Gary ‘Mantis’ Lucas suddenly appeared stalking across stage and to whoops and hollers, he smiled his trademark, thin as a whip smile and was quickly followed by Denny ‘Feelers Reebo’ Walley, Mark ‘Rockette Morton’ Boston and drummer Michael Traylor. Straight away plugging in, hitting a string or two they had clearly come to do the stuff and no mistake – these guys meant business – when suddenly John ‘Drumbo’ French appears and wearing the ubiquitous white trench coat and wide brimmed hat we have come to recognise, lifts the mike and they belt into the opening number – ‘Gimme Dat Harp Boy’.

Simply this evening was the most fun and the best gig I have seen in many years, equally importantly for me that without Don ‘The Captain’ at the helm I had been feeling like a traitor until hearing the Back to Front album which went a heck of long way to assuaging my guilt [!] The thing with this concert without its composer was that it was either better than the Bristol Colston Hall concert or more importantly for me NEARLY as extraordinarily good as their appearance around the time of the release of ‘Clear Spot’ when they played in Oxford Polytechnic College. [the best concert I have ever been to and stands clearly atop my best musical experience of all time] 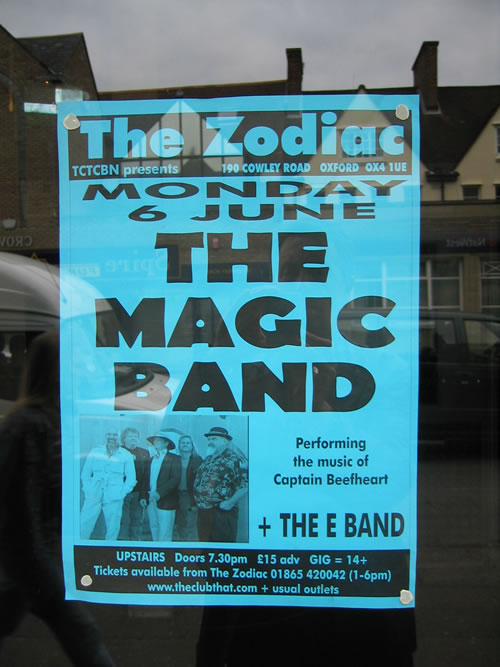 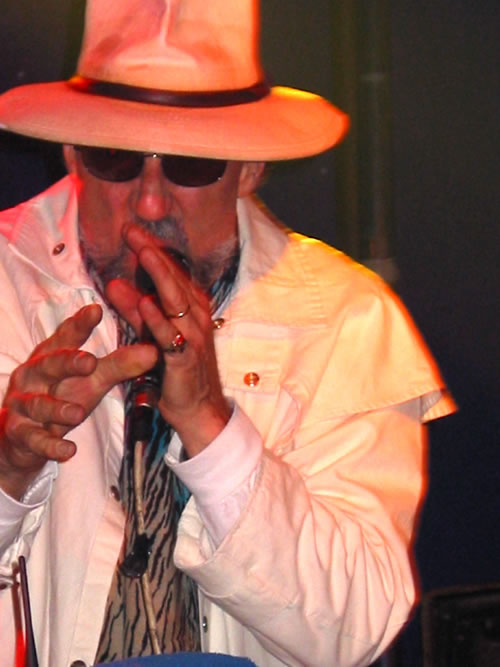 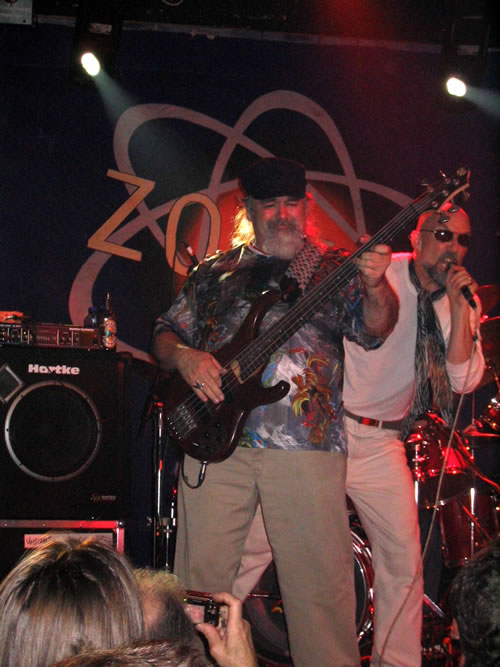 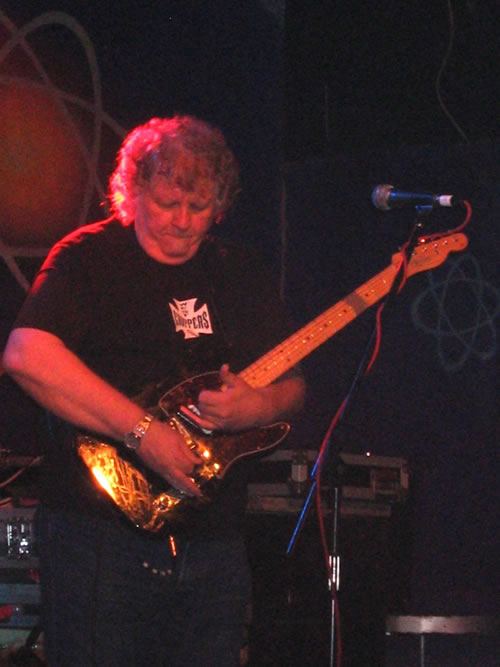 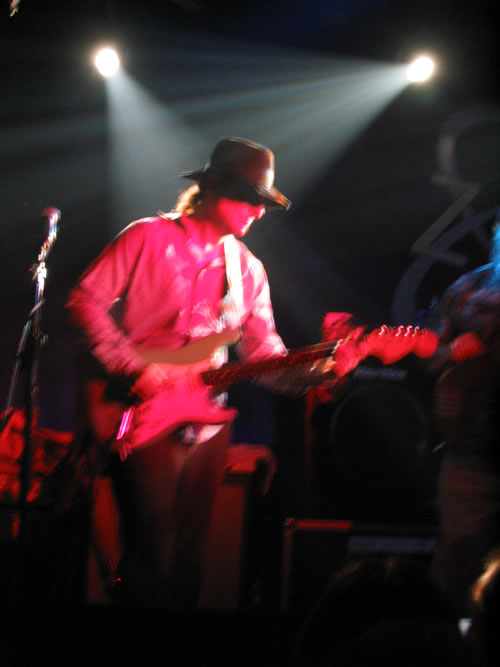 I can scarcely remember being happier, we danced [I do NOT dance] to the music of Captain Beefheart and The Magic Band not something normally associated with Don’s compositions. I found myself singing along with practically very number [I DO NOT SING, let alone mouthing along at the front row like some love struck Kylie fan]

It was just plain AWESOME! I am sorry for the cliché but I was truly awestruck and am still struggling to find the words to accurately describe the evening. I had thought it might be nice to write to you guys after and determined that it would be easy to remember the set list – mistake! I was so blown away I cannot guarantee the number of songs or the order.

Hats off [literally] to John French for Drumbo who is clearly the honorary archivist of the band [- the Bill Wyman of the band if you will] he knows everything there is to know and kept up a stream of fascinating fact and anecdote between numbers that was simply enchanting and informative without being boring [we were never likely to be bored] but I have never heard a band exchange such an amount of info between numbers and it made for a great evening’s set. Stuff about how many songs came about how they were composed, who was involved from Ry Cooder to John Thomas and how these guys came to be here. 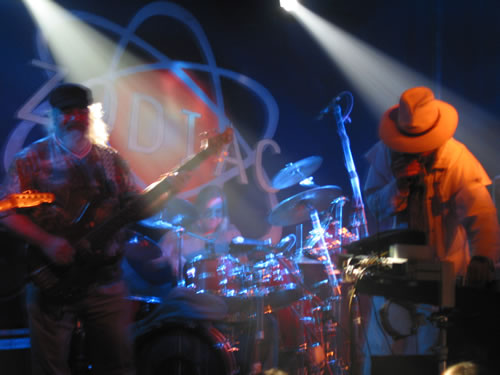 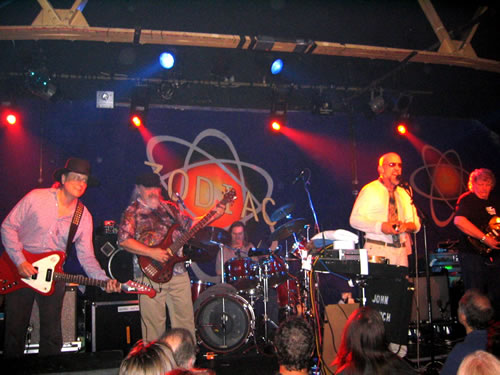 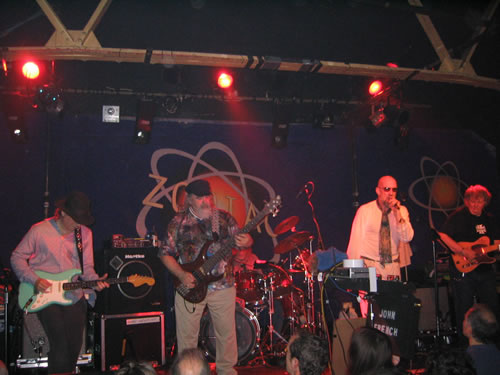 It included a heart felt, and plain lovely, truly affectionate mention and call out to John Peel to whom John French dedicated a towering version of ‘Electricity’ that seemed apposite. To acknowledge Peelie’s contribution to their discovery by the British audience was genuine and really moving for this audience to hear.
Incidentally Denny must be one of the only guitarists ever to try to follow the lines of a piece written for Theremin with his guitar playing, slide above the area most guitarist’s cannot reach – extraordinary.

At one point early on someone yelled out ‘What do you run on Rockette Morton?” and with a smile and not a moments hesitation Mark Boston duly replied with the requisite ‘I run on Beans’ which he must have long tired of but good naturedly humoured us all with a grin. 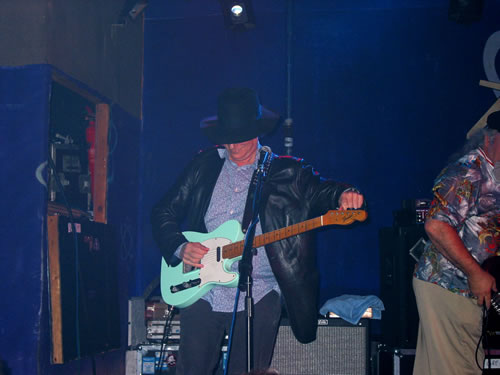 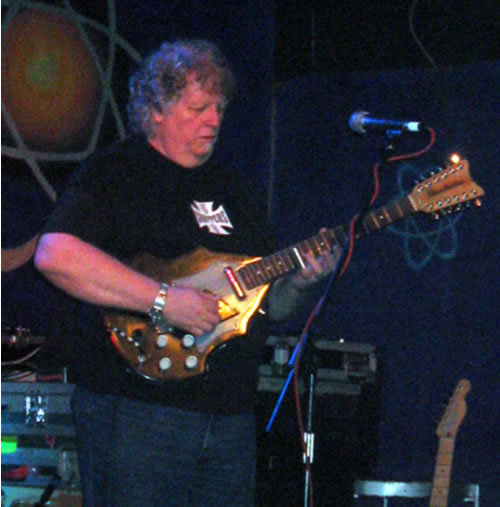 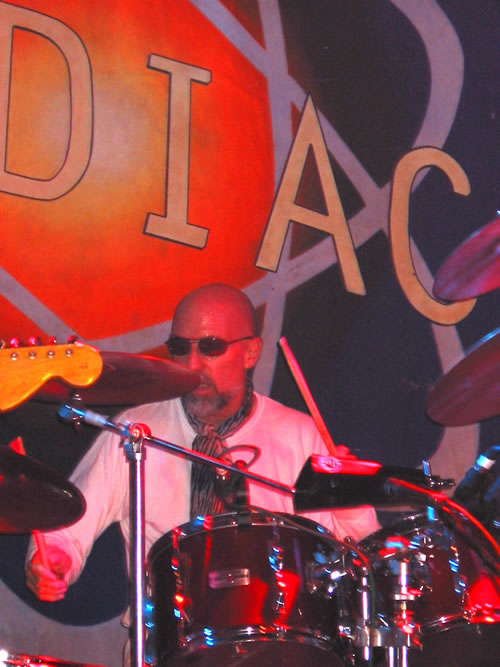 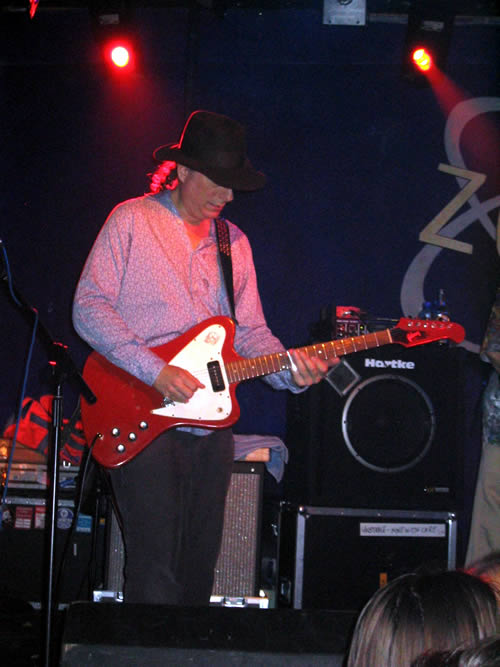 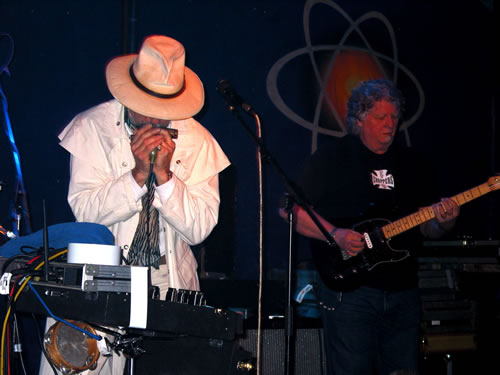 Simply put all five of them were on fire, top form and whilst our sympathies went out to Michael Traylor as the least known of the crew, he proved able and up to the job without any doubt and I gather there have been less than appreciative comments elsewhere – it is only when John takes over the drumming one can truly appreciate the task in front of Traylor as Drumbo is clearly still one of the best drummers alive – his solo spots, tripling and fills were astonishing. I was at the concert with a drummer friend who is the only person I have ever heard who can follow Beefheartian drumming a la Artie Tripp, John French hisself or Robert Williams et al and he was smiling all the way through every time Drumbo picked up sticks. Breathtaking in places, he kept up a pace and accuracy that I defy most younger drummers today to try to equal. At base line the evening’s length and full tilt level was proof, if proof were needed, that these guys just plain love playing this stuff. 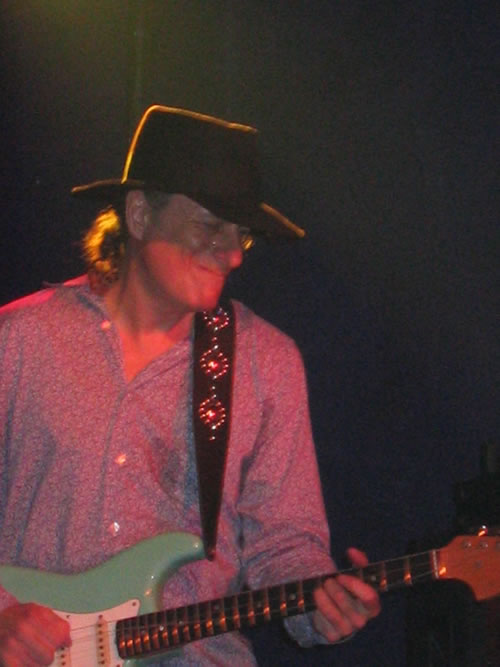 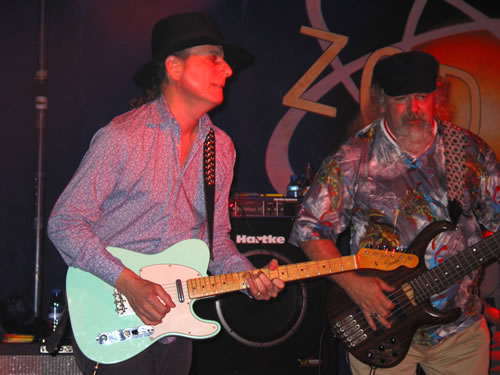 John French also informed the audience [to save us all asking him later] that the band indeed knew nothing more than us regarding Don’s health, that he is still essentially the most private of men and that none of the guys had seen or heard from him in over ten years and whilst he appreciated our desire and care for Don enough to let us know, he also spoke for all of us when he said how much we sent our special thoughts for his continued well being wherever he may be. Never a truer word…….

John French invited us all to stay after and chat and frankly I had been beaten into submission and will regret not staying to talk but I left with my ears still ringing and the happiest I have felt in years! Top that! The 13th gig in this tour may have worried the superstitious amongst us – I for one felt exceptionally lucky to have been there.