New boxset to be released

By: Steve
In: Blog, Music, New releases
With: 20 Comments 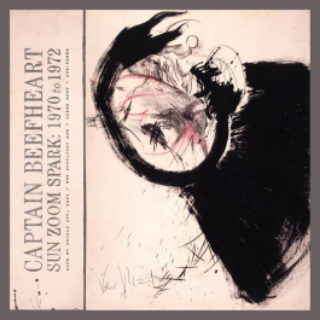 Warners have been digging in their archives and are about to release a FOUR disc collection on the Rhino label – ‘Sun Zoom Spark: 1970 to 1972‘.

Due for release on 11 November 2014 this set will include remastered versions of ‘Lick My Decals Off, Baby‘, ‘The Spotlight Kid‘ and ‘Clear Spot‘ (but with no bonus tracks). The fourth disc is a collection of fourteen outtakes which have not been previously released legitimately.

These are the outtakes:

As many fans will already know there are many more outtakes from this time that could have been included so to see only a few is a bit of an anticlimax.

However, it’s good to see ‘Decals‘ finally getting a release after only being available on CD in limited editions and being pretty much unavailable for years. Hopefully the remastering will be done sympathetically to make it shine alongside ‘The Spotlight Kid‘ and ‘Clear Spot‘.

What’s more it’s great that this release has been put together with Jan van Vliet’s involvement, with previously unseen artwork being made available.

‘Sun Zoom Spark‘ will be released as a 4 CD set (at a reasonable price) and a 4 disc vinyl set (at twice the price!)

A full review will appear on the Radar Station as soon as we get our hands on a copy.