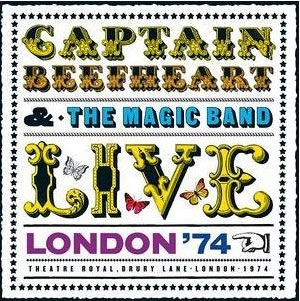 Recorded by Virgin but never released until 2006 presumably because the two 1974 Virgin albums were such critical failures they didn’t think it was worth bothering with at the time.

Two tracks – Mirror Man and Upon The My Oh My – did appear on the ‘V’ sampler in 1975 and part of the show had a (debatably) official CD issue on a Portuguese label in 1984 as London 1974. The sound quality on this CD was not as good as the tracks on ‘V’.

Well, we now have the full show finally available, which means two extra tracks that didn’t make it onto the Movieplay CD. Unfortunately, this includes the awful filler – Sweet Georgia Brown – with Del Simmons squawking away on sax. The other additional song is the blues vamp – Keep on Rubbing/Mighty Crazy – which does sound as if Don is making more of an effort. 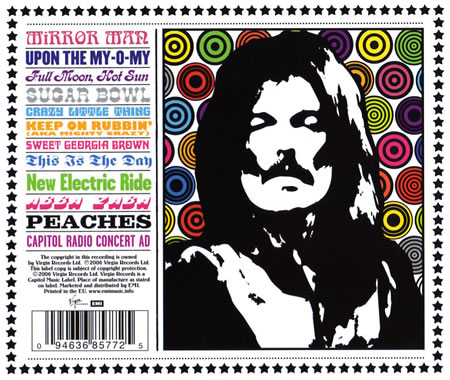 The one redeeming feature of this release are the excellent sleevenotes by Mike Barnes. He doesn’t rehash the same old myths and disinformation but puts the album in context and doesn’t shy away from the fact that many hardcore fans still don’t like the 1974 albums.

If you like this easy listening version of the Magic Band then go ahead and enjoy. Me, I’d rather listen to a poorly recorded boot of any other incarnation of the band!