Live at the Radar Station 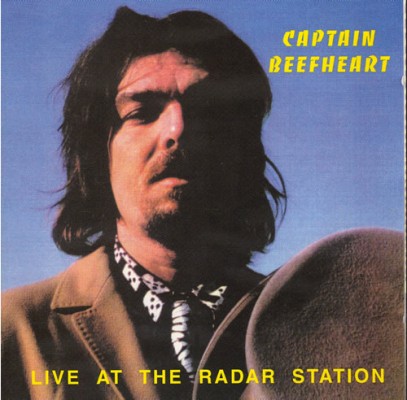 Recorded live at various venues during the late 1970s and early 1980s. I’ve not been able to identify all the sources but the first show from Atlanta 1978 is well represented.

This is a interesting ‘Bloodshot Rollin’ Red Production’ pulling together most of the regular live songs along with a couple of rare improvised mellotron pieces to give the impression of being one long concert. The sound quality is variable but there is an excellent colour photo of Don from 1968 on the cover.

Captain Beefheart and his Magic Band were regular concert performers from 1964 to 1981, shocking and delighting audiences in equal measure. the music was atonal, featured a multitude of rhythms and spanned several octaves, often in the same song. The Captain’s obsession with rehearsals ensured

that the live versions of his songs were as equally well performed as the studio versions. Yet even though the songs were almost always performed identically there was always something different to be heard at each new listening, the music was so complex, the instruments each having their own life to live.

Toward the end of his musical career the Captain’s concerts were captured on high quality recordings from which this selection has been taken. The band members were of the later  incarnations but the sound hasn’t mellowed, the fiercely independent and often cantankerous Don Van Vliet is at the peak of his creative career.

There are the songs regularly featured live in concert, plus the rarities that never made it to the record – the poems (one nest; one man sentence;) and the ad libs (deserts of time; snake radiating light etc).

Live at the Radar Station – 2CD 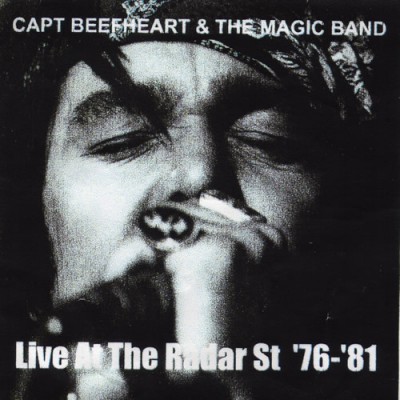 For the very first time a double CD of Unreleased Recordings that were previously re-mixed into a single CD called ‘Live At The Radar Station. It includes many tracks taken from different incarnations of The Magic Band. US and European Tours circa 1976 – 81. Play this double CD as loud as your neighbours will permit