By: Derek
In: In the press, Magic Band people, New releases
With: 0 Comments 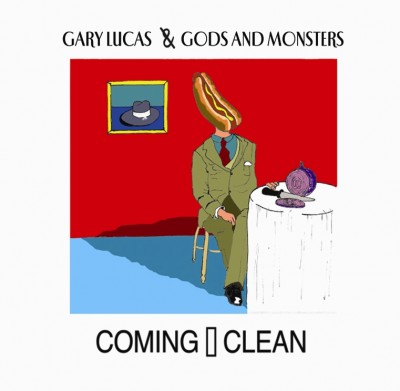 Coming Clean, a new album by Magic Band maestro and guitar-god Gary Lucas has been gathering hugely favourable reviews for Gary’s exemplary skills and for the killer line-up he has assembled for the current incarnation of his band Gods and Monsters.

Among those appearing on the album, which was five years in the making, are Ernie Brooks (Modern Lovers) on bass, Billy Ficca (Television) and Jonathan Kane (Swans) on drums, Jason Candler (Hungry March Band) on alto sax and Joe Hendel on trombone, with special guest vocalists David Johansen (New York Dolls).

Reviewing this album, Rolling Stone called Gary, “one of the best and most original guitarists in America.” Mojo described his playing as, “never overcooked, but when he lets fly it’s breathtaking”, while Record Collector (UK) wrote that the album is, “an unsettling ride through a landscape of expressionistic blues creations.”

Previews of four tracks from the album can be heard at Gary Lucas’ MySpace page while much more information plus short clips from each of the tracks are available at Gary’s website. The cover art shown here is from the UK release. The US version has a different cover and a different track listing and there are French and Benelux issues as well. I personally can’t wait to listen to any of the versions.