Books with a bit of Beef…

Other than general music encyclopedias, all music guides , rough guides or similar.

Originally published in France in 2009 this book looks at 30 artists from Little Richard to Nick Drake, Elvis Presley to LCD Soundsystem. A bit of an eclectic mix. Each one is given a couple of pages covering their career along with a selected discography and suggested playlist followed by a comic strip interpretation of events in their life.

The Beefheart history is a bit loose with the facts although fundamentally okay. And a great playlist. The comic strip by Jean-Michel Thiret concentrates on the Cannes Beach and Saturday Night Live peformances and references beefheart.com as his source (can’t argue with that!). 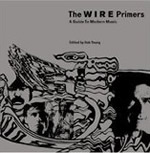 A collection of the ‘primers’ that originally appeared in the excellent UK music magazine The Wire.

Of particular interest is the overview of the Beefheart catalogue by Mike Barnes.

John A. Walker: Art and celebrity

This is a study of the glitzy world where art and celebrity meet informed by a fundamentally serious look at what happens when the “serious” world of art collides with celebrity. 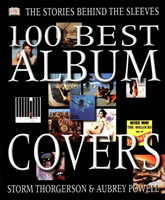 An interesting and sometimes eclectic selection of album covers. Well designed, illustrated and printed this book is worth a look.

The Beefheart cover chosen for close scrutiny is ‘Doc At The Radar Station’.

A 120 page paperback given away with the 4th March 1995 issue of the UK music paper Melody Maker. Includes essays on 20 ‘great lost albums’. David Stubbs has written a six page piece about ‘Clear Spot’.

Part of a series entitled ’20th Century Rock And Rock’. Gives a brief history of LSD, psychedelia and the 60s before looking at the ’50 most influential artists’. Beefheart gets three pages and a picture of the ‘Trout Mask’ cover.

Jim DeRogatis: Kaleidoscope Eyes. Psychedelic Music From The 1960s To The 1990s 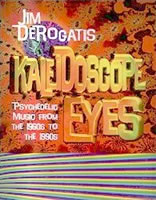 This book covers a large swathe of music so is not exactly an in depth study but it’s very readable and a great primer for anyone new to the music.

Don appears in the chapter ‘Just Say Yes: Psychedelia Stretches Out’ alongside, Hendrix, Funkadelic and Hawkwind!

One time editor of the legendary ‘Zigzag’ magazine John Tobler is treading water with this book. Most of the albums are given one page, except for a couple, including ‘Trout Mask Replica’. The entry for ‘Trout Mask’ recounts Ry Cooder’s story about Don’s disastrous Mt Tamalpais Festival show and subsequent missing of Monterey. Sadly many of the myths surrounding ‘Trout Mask’ are aired here as fact.

There is also a separate entry for ‘Hot Rats’.