[alert_box type=”info”]Otis Owens e-mailed me in early April ’98, putting me straight about a few things, and I soon realised it would be worth getting him to write something for the site. He agreed to answer a few questions, though at the time I didn’t expect the result to be quite so fascinating.[/alert_box] 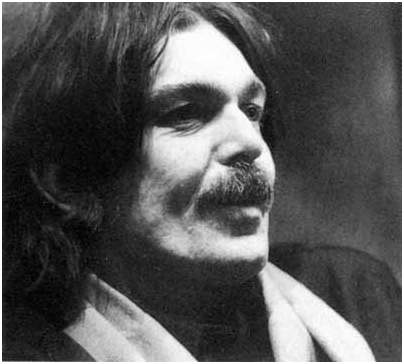 First, some background info… You said that you worked for Zappa… how long was this for and what did you do?

I worked for John Williams (Art Director) for Frank’s Bizarre/Straight records. I began in 1968 and was there until August 1970. John hired me because my style was very similar to that of Cal Schenkel’s, who was working elsewhere at the time (and because, as John’s wife Suzy explained to my wife at the time, “John thinks Otis has a cool name”). Projects included the Mothers of Invention, Wild Man Fisher, the G.T.O.s, Tim Buckley, Lord Buckley, Linda Ronstadt, Lenny Bruceand last but not least… Captain Beefheart and his Magic Band. When John left Frank’s employment, electing not to work on 200 Motels, I formed WingNut Graffix with a friend.

We did some album art and advertising with a famous Sunset Strip clothiers, Head East, owned by Frank Rowena. While at Head East we did some really incredible mural work which brought us a tonne of work painting murals in homes of film and recording stars from Bel Aire to Laurel Canyon. I spent a while in the aerospace industry back in Palmdale before returning to L.A. and several years as personal assistant to actor Nick Nolte. In the 90s I worked for legendary Producer/Engineer Val Garay (Kim Carnes, the Motels among others). It was while in his employment that I had the idea for “Otis Delivers”, which is where I am today (Otis Delivers is a “cartage” company servicing the Los Angeles music industry).

Is this how you met Don and the Magic Band?

No. Actually I went to every high school the desert had at that time, 5 in all (I was sort of a juvenile delinquent). So, I went to school with most of the Trout Mask Magic Band members at one time or another. I was closest to Bill Harkleroad, aka, Zoot Horn Rollo. I spent the longest period of my high school years at Palmdale High, Bill’s alma mater. We played in various blues bands at the same time.

The first time I saw Don perform was at the Antelope Valley Fairgrounds with the earliest line-up of the Magic Band (Rich Hepner, Alex St. Claire, Doug Moon, Jerry Handley and Paul “P.J.” Blakely). They were this amazing blend of high energy, in your face blues that just knocked me out! Remember, this was 1966 and the height of “Beatlemania”. That was always my favourite line-up of the Magic Band. But what happened was there sprang up this whole high desert blues subculture and each of our bands had these “cliques”. With Don as the reigning kingpin.

Are you still in contact with any of them?

Occasional, I see John French, aka, Drumbo who still lives in Lancaster. I see Jon Thomas (from a later Magic Band incarnation). Jon has performed with a lot of big acts and is currently with Bruce Hornsby. Jon lives in Malibu, now. I recently tried contacting Harkleroad, but I guess he’s preoccupied with his soon to be released book project.

How would you describe your relationship with Don?

I was never close friends if that’s what you mean. I would see him out and about. He liked to frequent the clubs in Palmdale and Lancaster. He would wander in with his pipe and sketch pads. He’d find a secluded spot in the corner or back and sit there all night sketching or writing poetry. He would always take time to chat with whomever might approach him. Sadly most of these boneheads approached him as some kind of an oddity put there for their entertainment. Then again, maybe he was just that. You never saw him without all those journals and sketch pads. He was, as you know, always a very prolific artist/writer. The last time I saw him was at Zappa’s old studio on Sunset Blvd. I’d stopped by for some reason and as I came through the back door, there sat Don, pipe, sketch pad, et. al.. We talked for several hours and I can’t recall a single word that was said right now. I do remember it was a very pleasant visit. No one else was there at the time, save for a couple of studio staff people who were working in the control booth preparing for the session.

The later Magic Band members seem (generally) to speak more respectfully of Don (not that the others are being disrespectful). Was Don easier to work with as he got older?

You have to remember one important fact. During the Trout Mask days, the band lived together in a rented house in Woodland Hills (a suburb of L.A. in the San Fernando Valley). These guys had intimacy forced on them that later band members never did.

Don would come in and usually whistle (he was a phenomenal whistler) a tune or musical passage/idea. Sometimes he would try and bang it out on the piano. Then John French would scurry about transposing the notes into playable sheet music and all the members would try to figure out their respective parts. Sometimes it worked, sometimes it would not. It was very frustrating for Don. He could not grasp the fact that that what he could conceive could not be executed. Once the parts were there, they would rehearse, rehearse and rehearse some more. 16, 18, 20 hours a day. They became very disillusioned as they’d be hold up in that house for months on end without performing live, thinking ‘what the fuck are we doing this for?’

Do you think the later Magic Band members were more aware and accepting of their requirements (i.e. play what I goddamn tell you)?

As I explained, there was an element of that in Don’s demeanour, but again, it came from his frustration of being so brilliant conceptually. He simply could not grasp the notion that others could not visualise his own “realities” and bring them to fruition in musical terms. I think that’s one reason he put the music behind him to pursue his art. With his art, it goes straight from his head to the canvas and or sketch pad. No performers as middle men to translate what he wanted. No one from the label manipulating the final product (ref. “Twenty First Century Quaker”).

Frank suffered through a lot of the same frustrations as Don with the early Mothers. He would write these complex, multi layered melodies then stand over them, who save for Ian Underwood, Don Preston and the Gardner brothers, Bunk and Buzz, did not read sheet music. That is ultimately why he disbanded them to opt for “pro’s” who could not only read but write music. He didn’t have to beat it (not literally as some people have heard) out of them. But the rehearsal technique was the same. Write music. Teach the music. Then rehearse, rehearse, rehearse and then rehearse some more. Like the Magic Band the early Mothers felt over worked at the hands of their employer. At least the Mothers performed and toured relentlessly. While the Magic Band felt frustration in this regard.

Would you say that this (play what I goddamn tell you) was Don’s expectation of his musicians?

It absolutely was. And that is the reason his music performed by later band members became more playable/accessible. It was always “Beefheart”, but never as complex as the Trout Mask or Lick My Decals Off, stuff.

Don never lived on the same plane that you and I do. His day to day realities were “are the ants on my patio getting their daily requirements of nutrients?”. Or, “my god, the eucalyptus trees in my backyard are choking to death in all this smog!.” In the case of the latter, Don actually summoned a tree surgeon to the house in Woodland Hills to save his trees from certain doom at the hands of the L.A. smog (the bill was sent to Zappa’s label and Herb Cohen was not impressed with Don’s compassion for his eucalyptus trees!). The kinds of pressures we all assume in our day-to-day lives found no place in Don’s perception of reality.

What is your favourite Beefheart?

No doubt, that first group I heard in “Exposition Hall” at the Fairgrounds in Lancaster on a freezing December night in 1966.

How do you feel about his paintings?

I think they are brilliant! As an artist in my own early career, I was always more impressed with his art work than his music. Don was, quite simply put, decades and generations ahead of the world in both mediums! He needed an understanding stage from which to perform. The Werner galleries have provided him with it. In the art world Don navigates comfortably with out some bonehead asking, “what in the hell is this guy talking about?”! There are no record company executives (industry weasels) comparing his art with the “bottom line”. Art lovers fit better into Don’s perception of reality and vice versus.

You said (in a previous e-mail) that Don wasn’t ill, do you have anything more to say about rumours concerning his illness? Recent press reports have stated that he is unable to paint anymore. Is there any truth in this to your knowledge?

Just that he was always something of a hypochondriac. I’ve heard that he prefers to be wheeled around in a wheelchair. But as I keep saying, Don doesn’t live on the same planet as you and I. He’s away in his own galaxy. But from where I stand it fits him well and seems like a pretty cool place! This is the guy who at one point had directory assistance access blocked from his home phone as he would call the information operators and engage them in conversation for 45 minutes at a time! I’ve heard he recently built a new large studio at his home for painting, you might draw some conclusions from that.

I’m just glad he’s been fortunate enough to realise some success for his remarkable talents while he is still around. I believe he’ll be recognised for his genius for generations down the line.

Don is basically a very sweet man and a gentle soul who was placed out of time in a sceptical world. His own father, “artists and musicians are weirdoes and faggots”, being a great example. Can you picture Don selling insurance? I can’t.