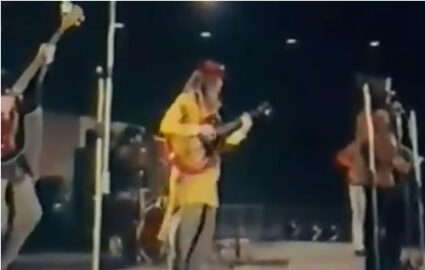 In May 1968 the band were touring Europe and they performed at the Palazzo della Sport as part of the Rome Pop Festival. The BBC filmed parts of the festival for a 40 minute programme which was broadcast in the UK. Sadly there’s less than a minute of footage showing the band in full flight with a recording of Sure Nuff N Yes I Do played over the top. It’s unknown if more of their performance was filmed and even if it was it has been long lost to the cutting room floor. What a film that could have been!     The full BBC END_OF_DOCUMENT_TOKEN_TO_BE_REPLACED