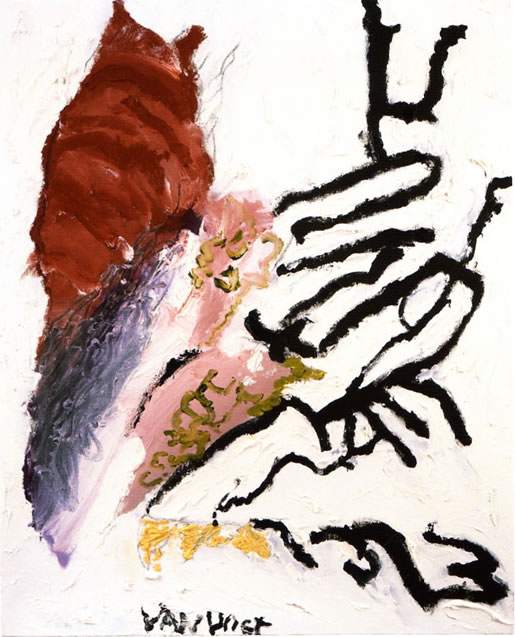 All available paintings created in 1994. END_OF_DOCUMENT_TOKEN_TO_BE_REPLACED

[alert_box type=”info”]This first appeared in the 21st August 1994 Independent on Sunday.[/alert_box] Gary Lucas First saw Captain Beefheart play at a New York club in 1971. Their acquaintance was years old before he plucked up the courage to reveal that he played the guitar. Then Lucas’s wife became Beefheart’s manager and he was given an instrumental to play on ‘Doc at the Radar Station’ (1980). By 1982 Lucas was a full-time member of the Magic Band. It was at this point that Beefheart decided he didn’t want to make records. Lucas now has his own band, Gods and Monsters. [wp_quote]The first time I saw him END_OF_DOCUMENT_TOKEN_TO_BE_REPLACED 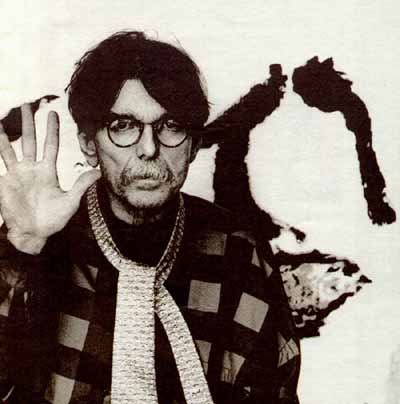 [alert_box type=”info”]This article appeared in the 21st August 1994 edition of The Independent on Sunday, prior to the Stand Up To Be Discontinued exhibition opening in England.[/alert_box] Don Van Vliet is probably the only full-time painter who used to be a mythical figure in music. Once Captain Beefheart, he is soon to exhibit in Brighton. Ben Thompson sent him a fax. DON VAN VLIET lives in the small and beautifully named town of Trinidad in Northern California, up by the Oregon border, 135 ft from the ocean. He paints there. He is a painter of note – “Stand Up to Be Discontinued”, the second British END_OF_DOCUMENT_TOKEN_TO_BE_REPLACED