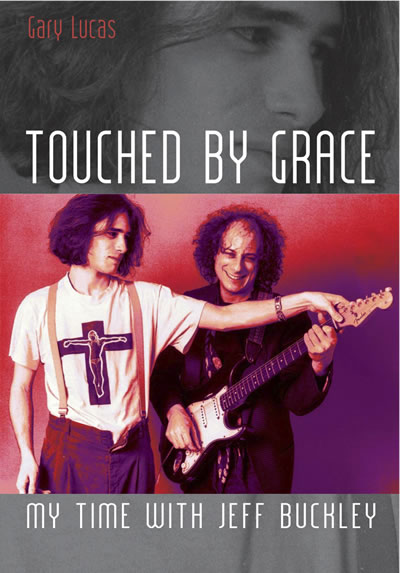 Okay, so why am I reviewing a book about Jeff Buckley here on the Radar Station? Well, it’s written by Gary Lucas who had, and still continues to have, a big part to play in the music of Don Van Vliet, and I think, should interest a lot of Beefheart fans. Jawbone Press : London 2013 Paperback 318 pages 22 Illustrations Originally published in Italy in Italian this is an updated English version of Gary’s story of his “time with Jeff Buckley”, in which he wants to correct the many previously published errors about their relationship and to counter the attempts at airbrushing him out END_OF_DOCUMENT_TOKEN_TO_BE_REPLACED 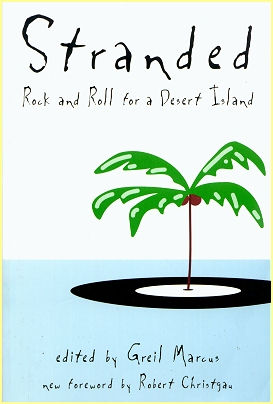 Published by Da Capo Press, New York ISBN: 0-306-80682-7 First published in 1979. the edition pictured at the top of this page was printed in 1996 and contains a new foreword by Robert Christgau. Synopsis from the back cover In 1978, Greil Marcus asked twenty other writers on rock – including Dave Marsh, Lester Bangs, Nick Tosches, Ellen Willis, Simon Frith and Robert Christgau – a question: what one rock and roll album would you take to a desert island? The resulting essays were collected in Stranded, twenty passionate declarations that, appropriately, affirmed the solitary and obsessive activity that rock listening had become. Here are END_OF_DOCUMENT_TOKEN_TO_BE_REPLACED

Published by Poseidon Press, New York 1989 (hardback) Simon & Schuster/Touchstone, New York 1989 (paperback) Picador, London 1990 (hardback & paperback) Synopsis from the flyleaf Zappa offers his initimable views on just about everything: art, politics, cigarettes, beer, televangelists, symphony orchestras, lead guitarists, groupies, the PMRC, marriage (as a dada concept), and the history of rock and roll. Radar Station overview Not so much an autobiography more a collection of anecdotes in chronological order taped by Frank in answer to questions put to him by Peter Occhiogrosso who then typed them up. Fascinating and hilarious. There are plenty of rare photographs plus some great cartoon END_OF_DOCUMENT_TOKEN_TO_BE_REPLACED

St Martins Press, New York 1990 ISBN: 0-312-04588-3 Price: $19.95 Synopsis from the book cover Bat Chain Puller is an irreverent look at popular culture in the tradition of Hunter S. Thompson’s “A Generation of Swine” and Greil Marcus’ “Lipstick Traces” […snip…] a trenchant, revealing and often hilarious collage of articles commentary and interviews with rock and rollers and other pop culture heroes […snip…] Loder also pays tribute to those who have kept the faith and maintained a rebellious stance despite the lure of safe celebrityhood. Further detail The majority of the articles in this book have been previously published in Rolling Stone, Loder being END_OF_DOCUMENT_TOKEN_TO_BE_REPLACED 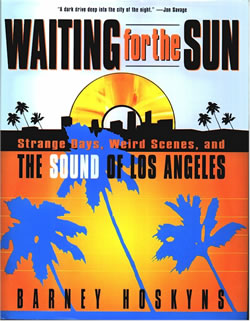 Published by Viking Press, London 1996 (hardback) St Martins Press, New York 1996 ISBN: 0-312-14444-X (hardback) Bloomsbury, London 2003 ISBN: 0-747-56180-X (paperback) Synopsis from flyleaf (edited) Here is the entire history of pop Los Angeles in all its splendor and excess… Barney Hoskyns has spent the better half of a decade researching this definitive account of a dysfunctional artistic community. From the days of the thriving jazz clubs in the forties to the menace of West Coast gansta rap in the nineties, the sound of this bleached, irrigated dreamscape is here in all its warped glory. Hoskyns travels through fifty years of music history to END_OF_DOCUMENT_TOKEN_TO_BE_REPLACED 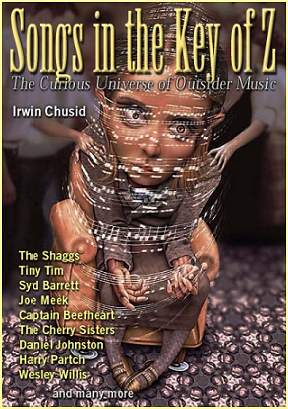 Irwin Chusid takes a look at the weirdness of the world of Captain Beefheart, among many others. MUSIC, 272 PAGES, 6 x 9 75 ILLUSTRATIONS PAPER $16.95 1-55652-372-6 WORLD A CAPPELLA BOOKS MAY 2000 There is a tie-in CD release to complement the book, featuring tunes by the artists covered, including Captain Beefheart (“Vampire Suite” from Grow Fins. The CD has the same title and is released by Which? Records. I’d recommend that you get both the book and CD – I found them rabidly entertaining and I love this kind of stuff. Reviews You can read Graham’s review for this book and CD which END_OF_DOCUMENT_TOKEN_TO_BE_REPLACED

Bath Books 2001 Paperback 85 illustrations Frederick (Freddy) Bannister was a major UK music promoter during the 1960s and 1970s. He handled the European tours of most of the big acts from America at the time, as well as organising some of the biggest festivals – Bath, Lincoln, Knebworth – in the UK. He promoted the 1970s tours in the UK by Captain Beefheart and the Magic Band. And he must be in all Beefheart fans’ debt for getting Don back performing by offering him a gig at the 1975 Knebworth Festival. This book of reminiscences of his career is a fascinating read that includes END_OF_DOCUMENT_TOKEN_TO_BE_REPLACED

Published by Music Magazine, Japan 2011 240 Pages Paperback Overview by Andy Bean This is a full-colour 240-page large paperback, which is basically an illustrated Zappa/Beefheart discography. Given the relative size of their catalogues, Beefheart fans who don’t like Zappa are at a disadvantage, however. You get: 6-page photospread of Zappa in Japan in 1976 10- page ‘Collections’ section, featuring pics of rare single sleeves and labels, sleeve variations (a whole page of ‘Safe as Milk’ sleeves), etc, for both Zappa and Beefheart. This section also includes the ‘Stand Up To Be Discontinued’ book/cd, and a 1982 art catalogue/book called “Conjunctions” from 1982. No other END_OF_DOCUMENT_TOKEN_TO_BE_REPLACED