Trout Mask Replica promo pack These poems by Don Van Vliet are from a Trout Mask Replica promo pack which was recently auctioned at eBay. I am uncertain whether there was originally a poem for John French as well, but as he was famously uncredited on the album this seems unlikely. Thanks to Gary L. for alerting me to these. Uncut manipulation Uncut magazine for November 2007 has a five page article about, “the men who made Trout Mask Replica and survived. Just…” John French, Bill Harkleroad, Mark Boston and Gary Marker were interviewed by David Cavanagh who paints a lurid picture of the making of END_OF_DOCUMENT_TOKEN_TO_BE_REPLACED

In June of 2007 I read a plug for “I Wanna Find Me A Woman That’ll Hold My Big Toe Till I Have To Go” in Kyle Gann’s blog. The composer Art Jarvinen had used Don Van Vliet’s composition to illustrate an article which he had written about metametrics. This aroused my interest because it didn’t strike me that Captain Beefheart was a normal point of reference in the contemporary new classical music or conservatoire world. My feeling was, that in that milieu, Beefheart was more of a footnote than an example. If he was used as an example, wouldn’t he exemplify a particular professor’s END_OF_DOCUMENT_TOKEN_TO_BE_REPLACED

Scary Go Round, John Allison’s long-running internet comic strip, has this week turned its attention to The Captain Beefheart Story. A warning caption states that this is a difficult and complex yarn and is not for weak minds. How true this is. The notorious deal made between Don, Frank Zappa and the cat-starved Arabs is described in more detail than I have ever encountered, while the quotations from Captain Beefheart’s lyrics can only have been sourced from previously unheard out-takes in the Zappa vaults. All that being as it might or might not be, this is a compelling account of a story which all too END_OF_DOCUMENT_TOKEN_TO_BE_REPLACED 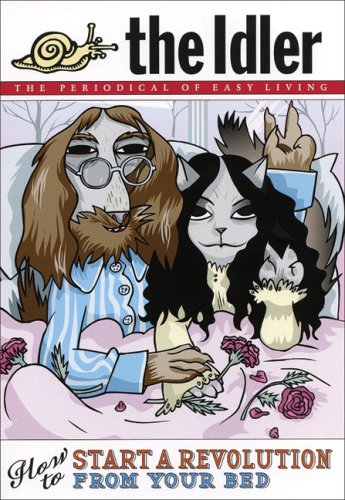 The latest edition of The Idler magazine contains a nice piece about Captain Beefheart accompanying a series of quotes from the man himself. It’s only a smallish piece and many of the quotes may already be familiar to you, so just consider this a flimsy excuse to plug one of my favourite things. The Idler is undoubtedly the finest publication I have ever had the pleasure to read. Published approximately twice a year in colourful nice-smelling A5 soft-back book format it extols the virtues, pleasures and techniques of a more contemplative, less pointless existence. I’ve been an avid reader for almost all of my adult END_OF_DOCUMENT_TOKEN_TO_BE_REPLACED 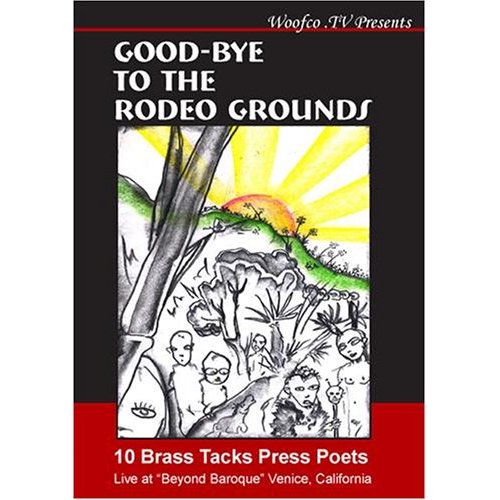 Herb Bermann, the legendary poet who wrote most of Captain Beefheart’s Safe As Milk lyrics (and some more) appears on a new DVD recently recorded at a poetry reading at Beyond Baroque. Good-Bye to the Rodeo Grounds is a sort of momento of one of the last artist communities in Los Angeles, evicted to make way for a state park. In his interview for this website Herb talked about this, and of course about his involvement with Captain Beefheart. The DVD is available from Custom Flix or Amazon. There are several excerpts from it at YouTube, including an 8 minute sequence of Herb Bermann reading END_OF_DOCUMENT_TOKEN_TO_BE_REPLACED

Jeopardy Jaws dropped across a nation on December 11th when the B-word was used on American prime-time television. Captain Beefheart had become famous for a moment and fans rushed to write to internet discussion groups with the unlikely news. The cause of the excitement? A $1200 question in the game show Jeopardy, “Captain Beefheart is said to have a range of 4.5 of these.” If you don’t know the answer, go to the Jeopardy Archive here and point your mouse at the appropriate square in Double Jeopardy! Round The Big O. More video Bob wrote in from Boulder to mention that he’d spotted former Magic END_OF_DOCUMENT_TOKEN_TO_BE_REPLACED

Coming Clean, a new album by Magic Band maestro and guitar-god Gary Lucas has been gathering hugely favourable reviews for Gary’s exemplary skills and for the killer line-up he has assembled for the current incarnation of his band Gods and Monsters. Among those appearing on the album, which was five years in the making, are Ernie Brooks (Modern Lovers) on bass, Billy Ficca (Television) and Jonathan Kane (Swans) on drums, Jason Candler (Hungry March Band) on alto sax and Joe Hendel on trombone, with special guest vocalists David Johansen (New York Dolls). Reviewing this album, Rolling Stone called Gary, “one of the best and most END_OF_DOCUMENT_TOKEN_TO_BE_REPLACED

A nice feature about Captain Beefheart has just gone online in one of The Guardian’s podcasts. Beefheart fan Jon Dennis chats to John Harris (author of the Guardian’s recent Mission: Unlistenable) about how best to get into Beefheart and why people should bother. Their conclusion? Leave Trout Mask Replica to the hardcore weirdos, Clear Spot is one of the greatest albums ever recorded and everyone should be listening to it. It’s hard to disagree. I have often felt that our tendency to bang on about Trout Mask Replica as a pinnacle of artistic achievement in music (which I think it is) has probably done Beefheart END_OF_DOCUMENT_TOKEN_TO_BE_REPLACED

The idiotbastard mailed to let me know that the January edition of Guitar and Bass magazine contains an article about Captain Beefheart. I have not yet seen this but I’ve been told by somebody else that the title is Secrets of Beefheart Songwriting. Just what secrets are revealed, I wonder? END_OF_DOCUMENT_TOKEN_TO_BE_REPLACED

This issue of Mojo (November) has a buyers’ guide for Captain Beefheart featuring a readers’ top ten of all his albums: Trout Mask Replica Clear Spot/Spotlight Kid Lick My Decals Off Baby Doc at the Radar Station Dust Blows Forward (compilation) Strictly Personal Safe As Milk Grow Fins (compilation of unreleased gems) Shiny Beast Mirror Man Safe As Milk would appear higher than that in my top 10 of any albums, not just Beefheart, and I’m surprised at the poor showing of Shiny Beast, another firm favourite of mine. This is something which Warner Brothers/Rhino should take note of: people would like to be able END_OF_DOCUMENT_TOKEN_TO_BE_REPLACED

I’ve always tried to avoid taking a train-spotter approach with this site over the years (not that you would think it from my blog entries) – it would be an easy road to travel with an artist like Captain Beefheart who seems to attract obsessive detail-noters. However, we at beefheart.com are endlessly amused by the frequency that Captain Beefheart rolls of the tongue of musicians and journalists, some using it to gain reflected credibility, others to provide an all-too-easy frame of reference, instant but ultimately meaningless. Others, of course, just love him too. In the absence of any real Beefheart-related news, here are just a END_OF_DOCUMENT_TOKEN_TO_BE_REPLACED

Another new Beefheart blog – Captain Beefheart Project – has been created this weekend. The first three entries deal with particular concerts, giving background information and links, including links to a site where torrents of audio files of Beefheart concerts can be found. I’m looking forward to seeing how this develops. END_OF_DOCUMENT_TOKEN_TO_BE_REPLACED