[alert_box type=”info”]Taken from the October 1982 edition of Musician.[/alert_box] It happens every two or three years. Captain Beefheart, easily rock’s most abused underdog, after fifteen years of beating his head against fame’s door, issues another of his brilliant, confounding vinyl missives – vivid demanding documents of colliding technicolor imagery, exhausting primal rhythms divided into bizarre fractious and alien instrumental eloquence and the critics cry “Breakthrough! Hitsville! This is the one!” The rock comics’ oracle has predicted Beefheart’s commercial triumph so many times it’s no wonder the AOR mind-slaves dismiss it as the empty bluster of a few dozen typewriting malcontents. But just maybe this time END_OF_DOCUMENT_TOKEN_TO_BE_REPLACED 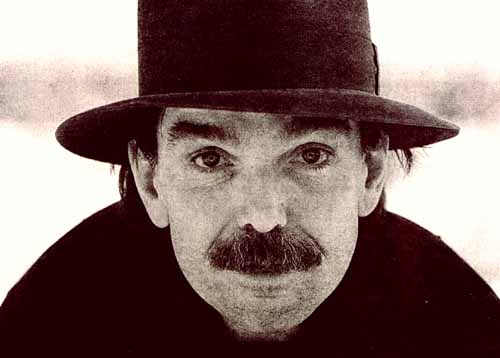 [alert_box type=”info”]This article originally appeared in the December 1982 edition of Musician magazine. It focuses on the making of the Ice Cream For Crow video, and includes an interview with Don conducted at that time.[/alert_box] Don Van Vliet was born in Glendale California on January 15 1941, the Only child of Glenn and Sue Van Vliet. Don began showing artistic talent at a very young age, but Glenn and Sue were none too keen on the prospect of having an artist in the family (“‘Cause you know, all artists are faggots,” is how Don explained their rationale), so they moved to the Mojave Desert, an END_OF_DOCUMENT_TOKEN_TO_BE_REPLACED