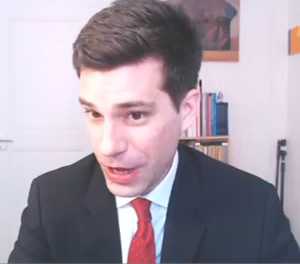 Have you ever wanted to a closer look at how the music was Trout Mask Replica works, how the different parts interlock and work with each other?

The Radar Station has been contacted by Samuel Andreyev, a composer and music analyst who studied at the Paris Conservatoire. Samuel has a YouTube channel in which he analyses key 20th- and 21st-century compositions by composers such as Charles Ives, Igor Stravinsky, Earle Brown  and discusses (mainly) classical music in general.

In his latest YouTube posting Samuel has analysed the opening track of Trout Mask Replica, the daunting Frownland. He breaks the track down into its component parts using formal music terminology and shows how much music is squeezed into the song’s one minute forty seconds.

Samuel is obviously a fan. He describes Trout Mask is “a major artistic achievement” that every composer and music student should be aware of. Even if you hate it it is important to know what it is and how it was made.

This is a fascinating insight into the complexities of Don’s music and again highlights the incredible achievement of all the guys who played on Trout Mask.